The Flame of the North releases today! 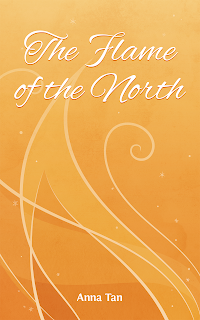 The Flame of the North is out there in the wild!

About the book:
Ten-year-old Mica hates the cold. Yet he’s bound by duty—and prophecy—to rule over the City of Winter as his grandfather’s heir. All signs seem to indicate that something is wrong and the reappearance of the Yuki-Onna in the Painted Hall is an additional worrisome detail…

The Flame of the North (North #2) follows Danis & Hana’s son as he attempts to fulfil the last portion of Dragon’s Prophecy.

Find out more: The North Series

In conjunction with Flame's release, and because I haven't had a giveaway in a while, here's a rafflecopter!

What's Skyping Back in Time, you ask? 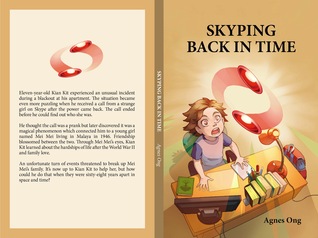 Well, Skyping Back in Time is a MG story written by a fellow Malaysian Writer, Agnes Ong. It won the Merit Award in the 2014 Calistro Prize and is a really lovely read. (Agnes also features in my book, Love in Penang, so obviously I like her writing :p) As far as I know, the only place you can buy this book is from the author herself.
Because I hardly ever keep children's books on my shelf AND I wanted to help a fellow Malaysian writer, I decided that I'll give it away to someone on the Internet! But someone on the Internet who lives in Malaysia because shipping is expensive, yo.

AAAANNNYYYWAAAYYYYY Giveaway is up for a week. Good luck!

(P/S: check back tomorrow for my review on Skyping Back in Time)
Posted by Anna Tan at 9:30 am