Conviction by Lauren H. Salisbury
My rating: 4 of 5 stars

Picking up from the end of Courage, Conviction suffers a little from second-book syndrome, in that there's no resolution to the bigger arc of the story, even though there is a resolution to the immediate problem in this one: how on earth (or rather, U'du) Than and Menali are ever going to get together. This means that Gilla and baby Mahsan hardly ever appear, which was a bit of a downer for me because I really, really liked Gilla and wanted to follow more of the bigger baby-Moses-in-space theme.

ANYWAY! Than is awfully stretched in this one--besides doing his best to be a father figure to his niece Mirami, he's also struggling to find his footing in the Resistance now that his role has changed AND trying to court Menali at the same time. You really get to see his pureness and big heart but you also see him bouncing from thing to thing until he starts to settle down and maybe grow up just a little.

Menali also blossoms through the book. Her initial fearful wavering and wishy-washyness gain new impact as you learn more about her past and why she reacts the way she does.

In terms of interesting characters, Aronin is one I'd have liked Salisbury to dwell on a bit more. In Conviction, much more of his backstory is revealed, at least in relation to Menali, so I'm wondering if there's more to be uncovered.

Nothing really happens though--I mean, all sorts of things do happen, including intrigue, subversion, theft, and grievous bodily harm, but because they happen more in the background of the romance, it feels like nothing of the series' goals are being furthered. Everyone is still just waiting for the right time, and the original arc of saving Mahsan's life seems to be in limbo.

So yeah, Conviction is really a space opera romance, which didn't turn out to be 100% my cup of tea. Overall, I liked it, but I really want to find out what's happening with Gilla, Elias and Mahsan. Waiting for book 3: Strength!

Note: I received a digital copy of this book from the author as part of a book launch tour. I was given the book with no expectation of a positive review and the review is my own.

Get your copy today! 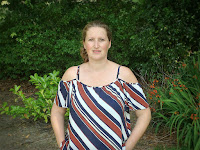