#guestpost: the Diverse World of the Island of Myste | Randall Allen Dunn

Diversity in stories is a very popular theme today. However, I was planning to write characters with diversity long before it became a trend, because many other writers were doing the same thing before me.

I saw strong examples of diversity in fiction when I was a kid. Television series like Star Trek and Mission: Impossible had very diverse casts that showed various races working together as teammates and equals, who rarely acknowledged the difference in their races. Several other television series highlighted individual races, such as Diff’rent Strokes, All in the Family, The Jeffersons, and 21 Jump Street. I also saw cartoons that featured other races, like Fat Albert and the Cosby Kids, The Amazing Chan and the Chan Clan, and animated portrayals of The Harlem Globetrotters and The Jackson 5.

Diversity in fiction is not really a new concept. It’s simply identified and spotlighted more heavily these days when it occurs. Those shows that portrayed diversity well have inspired me to create stories that present diverse groups in believable and positive ways. Even in high school, I wondered why the lead protagonists in American fiction stories were always white. I determined to write some stories with non-white heroes. 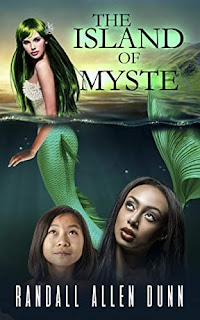 My latest story, The Island of Myste, is a fantasy adventure for middle grade readers, about an adoptive family that is also a mixed family, something which has not been done very often in fiction. We have many stories about heroes who have been adopted, from Superman to Harry Potter, but they typically share or resemble their adoptive parents’ race. The nine-year-old hero of this story, Yumiko Corr, is a Japanese girl who has been adopted by an African-American couple. This causes her some stress because she clearly doesn’t look like her new parents, which gives her an innate sense that she doesn’t truly belong.

My wife and I are white, and we have two African-American children that we have adopted. One of the most heartbreaking things I experienced as an adoptive father was when our one-year-old daughter was comparing her brown-skinned arm to my wife’s, and asked when her skin would start to turn pink. My wife explained to her that we had different skin colors and it would not change, and did not need to change, because she was perfect the way she was.

But I have come to believe that sharing the same race within your family provides a deeper sense of belonging, especially for kids. We all know it shouldn’t feel that way, but children in a mixed family can feel disconnected, even though they know they are fully loved, simply because they look different. In The Island of Myste, Yumiko and her adoptive parents travel to Tokyo to search for her birth mother, so Yumiko can feel a sense of identity, once she knows where she came from. But a freak storm transports them to another dimension, where nothing exists but an enormous island, on which strange creatures called the Nephilim have been trapped for centuries. Like Yumiko, the various individual Nephilim feel disconnected from one another, even though they are all one tribe, created with different roles and abilities. The Centauri (Centaurs) are outstanding archers and woodworkers, while the Taurusors (minotaurs) are overly aggressive iron workers, and the Meral (mermaids) nurture others and help them to see beauty in life.

Unfortunately, the Nephilim were all banished to this dimension for failing to lead and protect mankind, as they were created to do. They were divided even farther when a spoiled human boy, Rodney, recently took over the island, using stolen magic to enslave everyone. Yumiko soon discovers that she’s destined to rescue the Nephilim from Rodney and return them to her own world.

But to do that, she’ll have to teach the Nephilim to work together and have hope again, that they can be restored to their former roles of honor. Just as we need to maintain hope that we can overcome prejudices and stand together as one race.

I’m really looking forward to introducing readers to all the Nephilim tribes, many of which will surprise them but, I hope, will satisfy their expectations for what they have always imagined creatures like centaurs, mermaids, gargoyles, and other fantasy figures to be. Some are introduced in the first book, and more are revealed in Book 2.

There’s a sneak preview at the end of this book for the sequel, Terror on the Island of Myste, which comes out in December. That story introduces some new central characters and Yumiko makes a bold decision that changes everything for the Nephilim. Book 3: Escape from the Island of Myste releases in January, when the Nephilim attempt to escape from King Rodney and the island. There’s also a contest that people can enter, to be named as a Nephilim in the final book. To enter, people can link to my website to learn how to create their own Nephilim name, here: http://www.randallallendunn.com/2018/10/17/learn-your-nephilim-name-for-the-escape-from-the-island-of-myste-contest/

All you have to do is choose which Nephilim you want to be, then follow the naming pattern to turn your own name into a Nephilim name. You can become a fairy, gargoyle, minotaur, or whatever you want.

Once you have your name, just email it to me at Randall@RandallAllenDunn.com, with a contact address for you or your parents. If you have trouble creating your name, email me your name and I can send you your Nephilim name in 2-3 days.

The top 3 voted names by midnight of December 31st, 2018, will be published in Escape from the Island of Myste!

Meanwhile, Book 1: The Island of Myste, is now available for pre-order and will launch this Friday, November 16th! 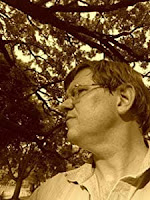 Despite 900 years of Jedi training, Randall Allen Dunn was rejected as Defense Against the Dark Arts professor at Hogwarts. He later used his Lunar gifts to become a volunteer Watcher guiding future writers and Vampire Slayers, until the Sorting Hat placed him in the YA ThrillerWriter faction. He now writes action thrillers that read like blockbuster movies, packed with action, adventure, and infinite possibility.

You can contact him by using the Force or by email:
Randall@RandallAllenDunn.com