A foreign crown bent on conquest.
An escaped traitor out for vengeance.
A realm caught in the middle.
Sometimes it takes a queen to save a kingdom. 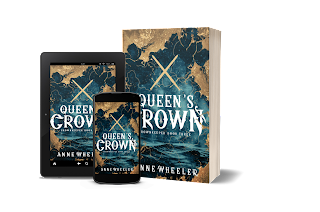 Laurent has left to meet the Vassian Army at the border, leaving Riette in charge of Lochfeld Castle and indeed Meirdre itself. Waiting on war to come to the kingdom she loves is unthinkable, so she escapes to her home village for a visit, searching for one last bit of normalcy in a life that is no longer her own.

But that normalcy is shattered when Thomas arrives. Bitter over his imprisonment and bent on the revenge he’s always wanted, he’s intent on destroying Laurent and has no qualms about using Riette to do so. Worse, her power as a crownkeeper is no longer a secret, and King Damir of Vassian wants it for himself. From Lochfeld itself to a coastal town, defeat looms. For their adversary is well-prepared and powerful—a formidable enemy to her small kingdom.

But the map on the floor of Lochfeld’s ballroom holds power of its own—and Riette will discover what it truly means to be a crownkeeper. 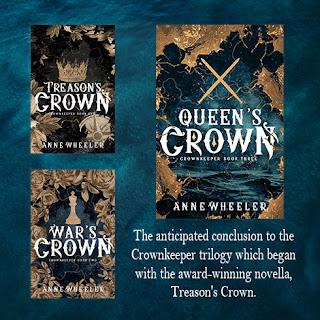 About the author:
Anne Wheeler grew up with her nose in a book but earned two degrees in aviation before it occurred to her she was allowed to write the stories that had been brewing in her head for years. When not writing her next novel, she can be found planning her next escape to the desert—camera gear included. An occasional commercial pilot and flight instructor, she currently lives in Georgia with her husband, son, and herd of cats. Visit her at www.anne-wheeler.com.