All Marcavius Maximus (Marc) and his cousin Montefax (Monty) want to do after graduation is return home to their family estates for a well-deserved vacation before reporting to the legions for duty. Instead, their ship, a coastal trader, ends up adrift in the Mennaidran Sea without anchor due to sabotage. Balthazar, a fellow passenger, offers to navigate them back to Avolar - but first he insists on leading them to a mysterious, uncharted island to replenish their food and water supplies, for ulterior reasons Marc and Monty will only gradually discover.

Balthazar isn't the only one who has his own secrets - Din, a seemingly simple-minded foreigner has reasons of his own to stay hidden amongst the crew, whilst Adrianna, a beautiful merchant's daughter, hints at something she is keeping away from Marc.

The Rising Wind by Ken Floro III
My rating: 3 of 5 stars

Marc and Monty are good-natured, fun-loving young men who are pushed into taking command on their unexpected adventure, mainly due to the fact that a) they are aristocrats b) they are Knights (though "knights" is rather British in comparison to the overall Roman-ness of this story) c) no one else seems to want to make decisions and d) Marc doesn't mind bossing people around. (Err, the last two may just be my interpretation.)

It's a swashbuckling adventure on the Mennaidran sea, although there are no pirates and half the danger is on the mysterious island they stop at. On the open seas, the ship soon becomes their home away from home and their protection from the dangers of trolls, undead spirits and long-forgotten gods.

So - The Rising Wind is a swashbuckling, Roman fantasy story. Yes, you read that right.

The story was really rather intriguing - so why only 3 stars?
Well... see, it's like this - If I were to rate it on the beginning quarter, I'd give it about 3 stars. If I went a little further, to where Floro was laying out the separate threads of story, my rating would have dropped to 2 stars, mainly because, I don't know, it got a little draggy. But somewhere in the middlish towards the end, he caught my attention again and the ending was rather interesting though interspersed with a few "duh, aboden" moments.
I suppose maybe part of the reason I rated it 3 stars is also because his style of writing doesn't really feel polished enough. It's not something that I can readily define, but it just feels like there's something lacking, like it could have been better.

The good part about The Rising Wind is that Floro ends the story - at least the story about the island. However the ship and its passengers have yet to reach home - oh look, there's a sequel. It does sound promising though so I might be tempted to check it out when my TBR list (or more specifically my R4R list gets a little shorter).

I received an e-copy of this book for review from Novel Publicity as part of The Rising Wind blog tour.

A thread I'd really like Floro to pick up on would be about Din. Seems like there's many layers to this guy which hasn't fully been explored. I wonder if that would be picked up in In Her Wake. Hopefully yes.

About the Book - About the Author - Prizes!!!

About the prizes: Who doesn't love prizes? You could win one of two $50 Amazon gift cards or an autographed copy of The Rising Wind! Here's what you need to do...
That's it! One random commenter during this tour will win the first gift card. Visit more blogs for more chances to win--the full list of participating bloggers can be found here. The other two prizes will be given out via Rafflecopter. You can find the contest entry form linked below or on the official Rising Wind tour page via Novel Publicity. Good luck! 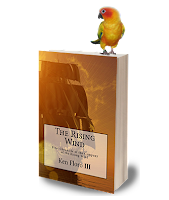 About the book:
After graduating into the Imperial knighthood, Marcavius and his cousin book passage aboard a merchant ship, the Rising Wind, to visit their family estate before reporting to the legions. They know no ship dares tread the heart of the Mennaidran Sea, yet along their voyage a strange fog suddenly sets the Rising Wind adrift in those haunted waters. Fortunately another passenger offers his skill as a navigator to save the day, yet he insists that the ship first detour to a nearby island to replenish its supplies. There the ship’s unlucky passengers soon learn that the monsters and magic of legend are no mere myths! Friends, strangers, and even bitter enemies must work together in order to survive and escape. Yet some of the greatest dangers they’ll face are destined to come from one another. Get The Rising Wind through Amazon or Barnes & Noble.
P/S International peeps - It's also available on Smashwords! 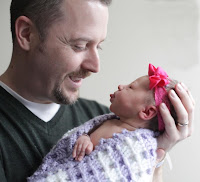 About the author:
Ken was born and raised in the Southside of Saint Louis. After earning a degree in World Literature, followed by a degree in Culinary Arts, Ken soon made the obvious career move and went to work in medicine. If you’re having any trouble guessing why, then you’ve probably never served time in the literary or culinary fields. A little taste of reality can suddenly turn a healthy paycheck, normal working hours, and long-term job security into sumptuous delicacies. Despite the sudden change in his employment trajectory, Ken never turned away from his dream of writing. He’d nurtured a lifelong creative ambition, which had gained direction when a funny true story he wrote for a high school English class became so popular with his classmates they traded copies of it in the hall and passed them up and down the bus. Ever since that catalytic moment, Ken has been writing as a hobby and a passion. Thus far, he’s published eight books, along with several other tidbits. Connect with Ken on his website, Facebook, GoodReads, or Twitter.

a Rafflecopter giveaway
Posted by Anna Tan at 9:00 pm