#bookreview: The Gift of Charms by Julia Suzuki (based on a preview)

Okay. So in the strangest of all review requests I have ever received... I was asked to write a review on a 3-chapter preview of Julia Suzuki's The Gift of Charms. Review requests are usually for the whole book but... since this was what was requested, here goes:

The Gift of Charms is a story of a dragon - a dragon with strange heralds from birth. Will he be a gift or a curse? It feels like the beginnings of another coming-of-age story, as well as a prophecy/omen-fulfilling story, and maybe a little epic-type fantasy. It is, after all, a story about dragons. I don't know how epic it will be since nothing much happens in the first 3 chapters except Yoshiko's strange birth, and the opening set up of him as a typical middle-school kid (dragon) being teased for not being able to make fire.

The writing itself seems to be targeted at a younger age group than I am currently interested in reading (I do read children's books, MG and YA, with a stronger preference on YA) so whilst the preview was pretty engaging, this may not be one that I will actually get round to buying anytime in the near future seeing that my to-read list is getting exceptionally long.

In terms of rating, at the moment it would be somewhere between a 2.5 - 3 star book (out of 5). It sounds like something I'd be interested in reading at the end of a long, stressful day, when I don't actually want to think and need something quick, simple and engaging. I won't have a final rating until I actually read the complete book. If I ever do.

Because I'm too lazy to reproduce and format the press release, here's a screencap: 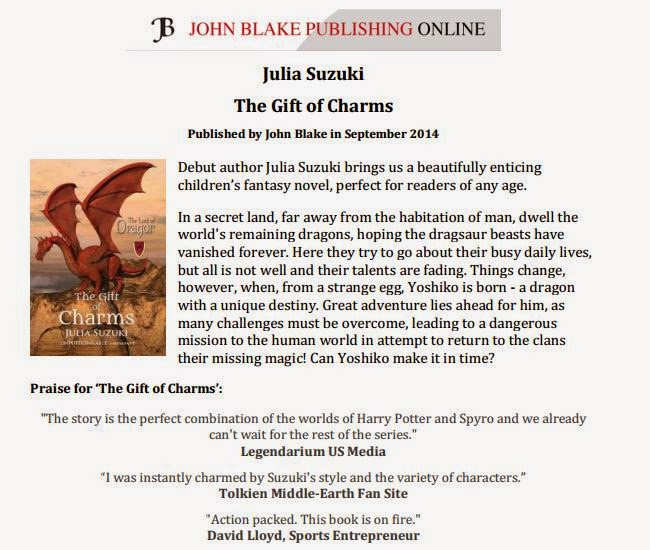