To the guys who were protesting outside the Sacramento Memorial Hall

It was really strange to hear that there were protesters outside the Sacramento Memorial Hall Saturday night after the Jesus Culture Encounter. Maybe stranger for me because we don't have this kind of thing back home. They were holding placards and stuff and were preaching on the side walk which was even weirder because they were preaching Christ to the Christians. 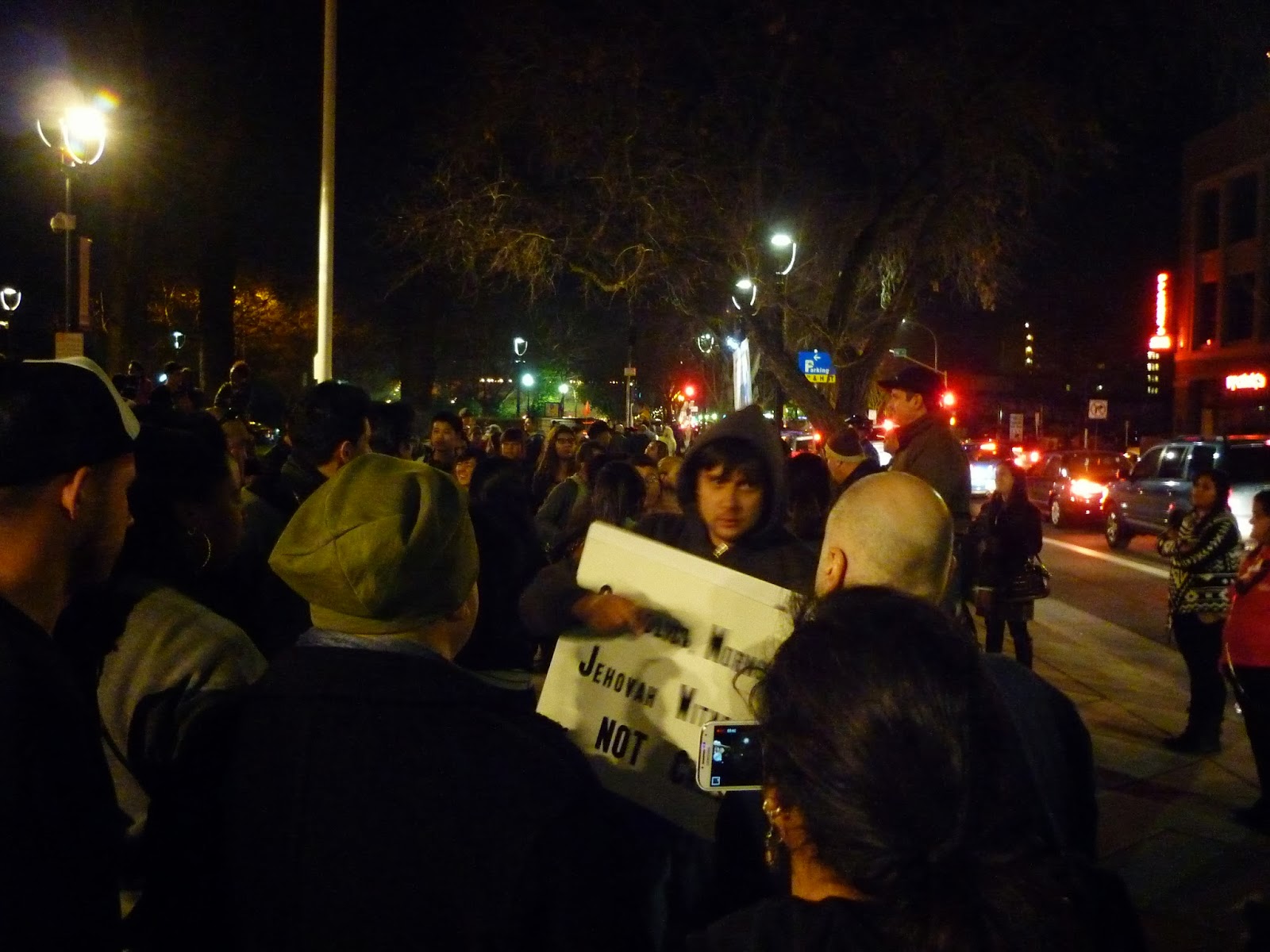 Anyway, I was listening to these two guys because my friend Ciara had started to engage with one of them, and the other guy started talking to the rest of us looker-ons (watchers? spectators? audience?). I didn't say much at the time because I don't like confrontations and basically I wasn't up to forming much sentences at that time but this morning I was just thinking there's really a lot of stuff I could have said to them, so I guess this is it.

To the guy holding the placard:
You kept saying that God hates sin and God hates sinners. You kept saying over and over again that you're a sinner, that you're worthless. And you kept saying that grace is good but there is judgement. There are people out there who believe only in grace and forget the judgement. I agree with you. I cannot help but agree with you, except for one thing.
God does not hate the sinners. He hates the sin, yes. He hates it when we sin, yes. But he does not hate the sinners. Because if he did, Jesus would never have come. You want the Bible to back that up?
John 3:16 says "For God so loved the world that he gave his one and only son, that WHOEVER believes in him will not perish but have eternal life."
God loved the world. That means everyone, sinners included (which we all are). It doesn't say so that those who aren't sinners will not perish. It says whoever believes.
Romans 5:8 says "But God demonstrates his own love for us in this: While we were still sinners, Christ died for us."
Did you read that? While we were still sinners - if that doesn't show how much God loves us sinners, what does? You can't justify that God hates us so much that he died for us, can you?
Most of all, I'd like you to mull over Romans 8 and see how this impacts your view of your relationship with God:


"Therefore, there is now no condemnation for those who are in Christ Jesus, 2 because through Christ Jesus the law of the Spirit who gives life has set you[a] free from the law of sin and death. 3 For what the law was powerless to do because it was weakened by the flesh,[b] God did by sending his own Son in the likeness of sinful flesh to be a sin offering.[c] And so he condemned sin in the flesh, 4 in order that the righteous requirement of the law might be fully met in us, who do not live according to the flesh but according to the Spirit."

It doesn't mean we are perfect. It doesn't mean that we don't sin anymore. It doesn't mean that we won't be judged. But what it does mean is that we aren't being judged now for what we have done. It means you can wake up every morning and set your life right with God again, because His mercies are new every morning (Lamentations 3:22-24). And when the judgement does come, we can stand assured that Christ has paid for it on the cross. And if you have been pursuing him, following after Him, you would know that you have been made righteous because of what He has done.

Which leads to the other guy:
Everything you said, I agree with. Thank you for not jumping to conclusions about what was being said in the hall or not (The text was 2 Kings 9:1-10 and Matthew 6:6, since you were wondering) The thing is people speak in stories because that's the easiest way for truth to be disseminated. Jesus spoke in parables. What are parables, but stories?
I thought it pretty cool that that young kid was telling you an illustration we just heard that morning, though I think you got a little confused by the way he was telling it. Maybe the best word I can say to you right now is to maybe not watch what others say so much in trying to catch them out, in trying to prove them wrong, but just to listen to people with a heart of love and let God move you in the right ways.
Sometimes we try so hard to live right that we try to make others live right in our own eyes, we forget what Matthew 7 says - Do not judge, or you too will be judged. 2 For in the same way you judge others, you will be judged, and with the measure you use, it will be measured to you. The more we try to call out the faults of our fellow Christians, the more we fall under that judgement as well.
And yes, while everyone could do with a little more solid Bible knowledge and teaching, it doesn't mean that things you feel and experience should be totally discounted as well. Because, you know, everything you feel for the children in Africa is also a feeling, right?

I don't know if they will ever read this. (Probably not). But there, I said it.
If only sometimes my brain would work on the spot.
But I hate arguing, you know. And I could tell that everything I said would have been made into an argument and my brain would have exploded.
Posted by Anna Tan at 4:26 pm