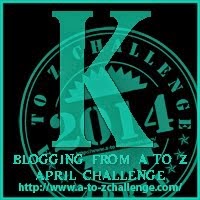 “Slow down, Ataneq!” Jane called as she ran after the adlet. “I can’t run as fast as you.”
Ataneq grinned back at her. “You have useless human legs. You should grow two more, like me!” He slowed down, allowing her to catch up.
“Where are we going?”
“It’s a fine day, and you can’t do anything until the portal opens so we might as well enjoy the day.”
“What if - what if the Queen comes after me?”
“Ah, but that’s why we left my cottage. She would go there first, see? So now we keep moving until she is so tired she can’t keep up!”
Jane looked at him with some misgiving. “Can’t she track us?”
Ataneq shrugged. “Maybe. I don’t know.”
They soon came to a rushing river. Ataneq plunged into the icy water. Jane sat down by the bank. She watched the adlet splash around idly for a while, then looked further up the stream. To her astonishment, she saw a white horse with a sky blue mane swimming in the river towards them. Ataneq saw it as the same time and stared at it with his mouth open.
“What is that?” Jane called out Ataneq.
“I - I don’t know,” he replied. It ignored the adlet, heading instead towards the bank.
She wasn’t sure if it was a trick of her eyes, but it seemed, faintly, that the horse’s mane was constantly dripping with water, occasionally curling up like a thick mist.
“Aren’t you beautiful,” Jane said in awe.
“Of course I am,” the horse answered, with a little derisive snort. “Want to go for a ride?”
Jane blushed. “You - I… I’m sorry. I didn’t know you could. Uh well.”
Ataneq laughed. “I thought you’d know by now that this isn’t quite back home, Jane.”
“Jane, is it? That’s a nice name. Come on, want to go for a ride?”
“Well, I - I don’t know how to ride.” Jane wished she could stop stammering, but the beautiful horse in front of her was making her wits confused. “I mean, I’ve never ridden a horse.”
“A horse! I’m not a mere horse,” the creature neighed. “I am the water horse, the Ceffyl Dŵr, the Bäckahästen, the Kelpie of these shores.”
“Yes, and a nuisance,” a voice spoke up from the trees. “I wish you’d go back to Scotland and leave me in peace.”
“Why not you go back, dear Ghillie Dhu and leave me here in peace?” the Kelpie snapped. “Or maybe you’ve forgotten that we’re not welcome there anymore.”
A dark-haired man dressed in leaves and mosses emerged yawning from a nearby copse. His eyes focused on Jane. “What are you doing back here? Didn’t Euthalia lead you home?”
Jane stared at him with a blank look. “Who’s Euthalia?”
“The dryad. She said she led you home last night.”
“She’s been with me in my cottage all night,” Ataneq said.
“Then who -” the Ghillie Dhu frowned. “Two humans in a day. This is not good.”
“How about a ride then?” the Kelpie said brightly.
“No, Kelpie, we don’t want her death on our hands,” the Ghillie Dhu said, still frowning at Jane.
“Well, I just thought I’d help the Queen a little. Her fairy folk are on the way anyway.”
Jane backed away, Ataneq flanking her.
“What do we do?” she asked him helplessly.

The kelpie is a supernatural water horse from Celtic folklore that is believed to haunt the rivers and lochs of Scotland and Ireland; the name may be from Scottish Gaelic cailpeach or colpach "heifer, colt".
In mythology, the kelpie is described as a strong and powerful horse. It is a white and sky blue colour and appeared as a lost pony, but could be identified by its constantly dripping mane. Its mane and tail are a bit curly. Its skin was said to be like that of a seal, smooth but as cold as death when touched. Kelpies were said to transform into beautiful women to lure men into their traps. They created illusions to keep themselves hidden, keeping only their eyes above water to scout the surface.
The fable of the kelpie varies by region. The kelpie's mane is said to be a sky blue colour. The water horse is a common form of the kelpie, said to lure humans into the water to drown them. The water horse would encourage people to ride on its back, and once its victims fell into its trap, the water horse's skin would become adhesive and the horse would bear the victim into the river, dragging them to the bottom of the water and devouring them—except the heart or liver. A common Scottish tale is the story of nine children lured onto a kelpie's back, while a tenth kept his distance. The kelpie chased the tenth child, but he escaped. Another more gruesome variation on this tale is that the tenth child simply stroked the kelpie's nose but, when his hand stuck to it, he took a knife from his pocket and cut his own hand off, cauterizing it with wood from a nearby fire.