Welcome to the REVIEW EVENT for Chris Datta's Historical Fiction Novel Touched with Fire! We have a great giveaway at the bottom of the post and hope you enjoy hearing about this fabulous book. But first, the details: 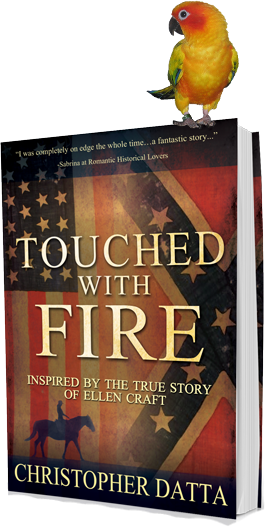 In this case, of her half-sister Debra, to whom she was given as a wedding gift. The illegitimate daughter of a Georgia plantation owner and a house slave, she learned to hate her own image, which so closely resembled that of her “father:” the same wiry build, the same blue eyes, and the same pale—indeed, lily-white—skin. Ellen lives a solitary life until she falls, unexpectedly, in love with a dark-skinned slave named William Craft, and together they devise a plan to run North. Ellie will pose as a gentleman planter bound for Philadelphia accompanied by his “boy” Will. They make it as far as Baltimore when Will is turned back, and Ellie has no choice but continue. With no way of knowing if he is dead or alive, she resolves to make a second journey—South again. And so Elijah Craft enlists with the 125th Ohio Volunteers of the Union Army: she will literally fight her way back to her husband. Eli/Ellie’s journey is the story of an extraordinary individual and an abiding love, but also of the corrosive effects of slavery, and of a nation at a watershed moment.

Touched With Fire by Christopher Datta
My rating: 3 of 5 stars

I found Touched With Fire an interesting read. I don't read much historical fiction and was a little disappointed when I found out that the second half of the book was entirely fictional, although it was still based on real life events that happened to other people (just not the Crafts). The book was on a whole a breeze to read through. I suppose, being far removed from the Civil War or anything American (other than what I read), I wouldn't be the best person to give comments about authenticity or stuff like that, but I'd just say that I felt it was quite a realistic read.

I liked the voices that Datta gave to both Ellie and William Craft, and the way he contrasted them against the Collins and the White society as a whole. In most books we only see one side of the story, and the way Datta shows both in Touched With Fire serves to play up the conflict between the two. It is this contrast in the way that the Collins think of Ellie and the way she sees herself that makes you stop and think about the way we think about people of other races even now. It's sad to know that we still tend to have that same kind of reaction to people of other races, as if just because they have a different skin colour than ours, they are somehow "less" in some way, especially if they are not as successful as a society. 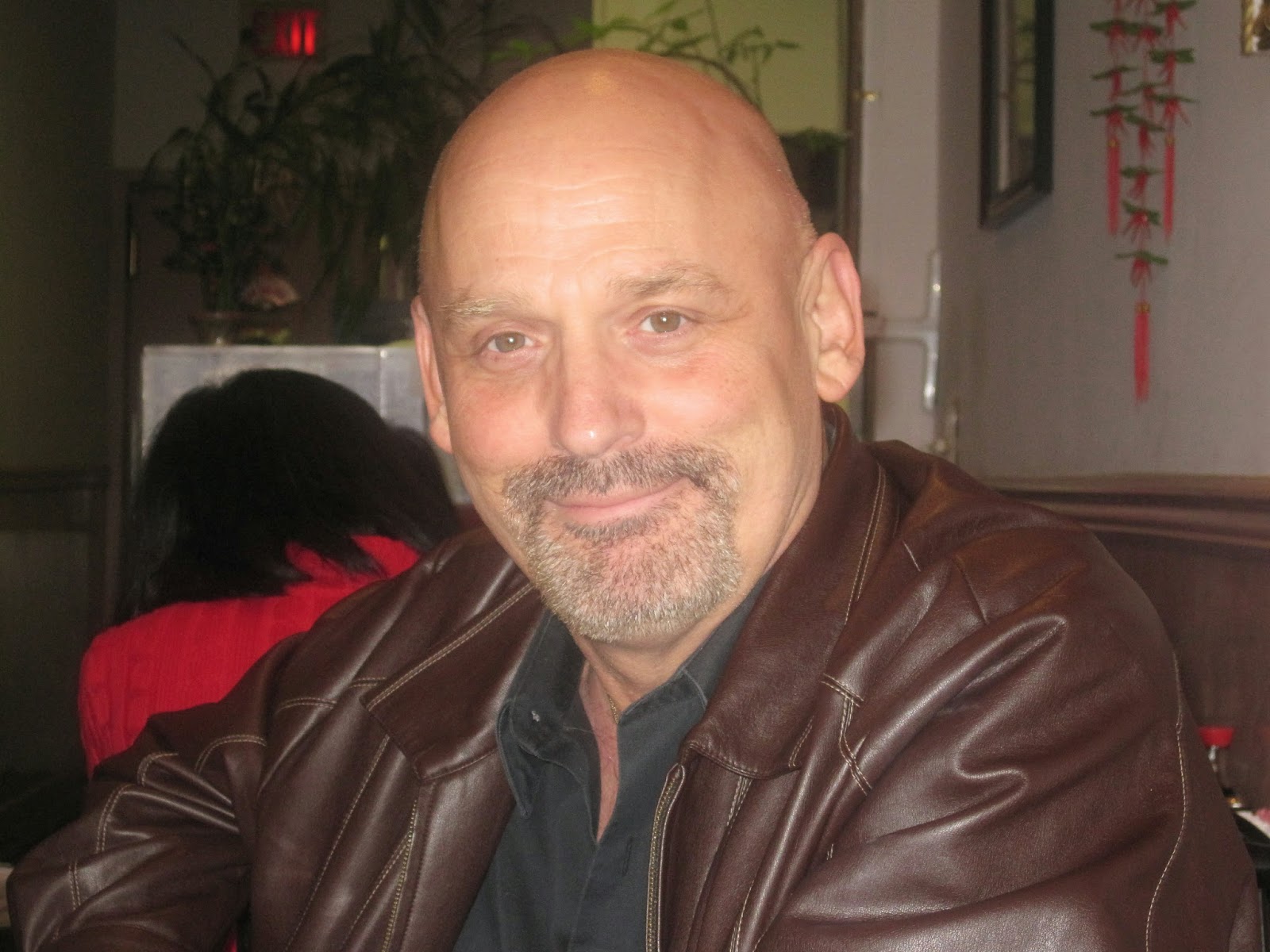 Born in Washington, DC Chris Datta, Foreign Service officer, has been on numerous battlefields for his job and country. He has seen mass graves, brought war criminals to justice and in this new chapter, Datta brings readers a stunning historical account of the American Civil War with Touched with Fire. His attention to detail is superb, and his experiences abroad have given him ample stories to tell for years to come.


His action packed life has taken him across the world from the United States to Liberia and Southern Sudan. Not only serving in active war zones but often battling tropical diseases, Datta has nurtured his fascination with civil conflict by diving into the history books and historical records of America’s past. His research is meticulous, and his attention to detail creates vivid pictures of the past.