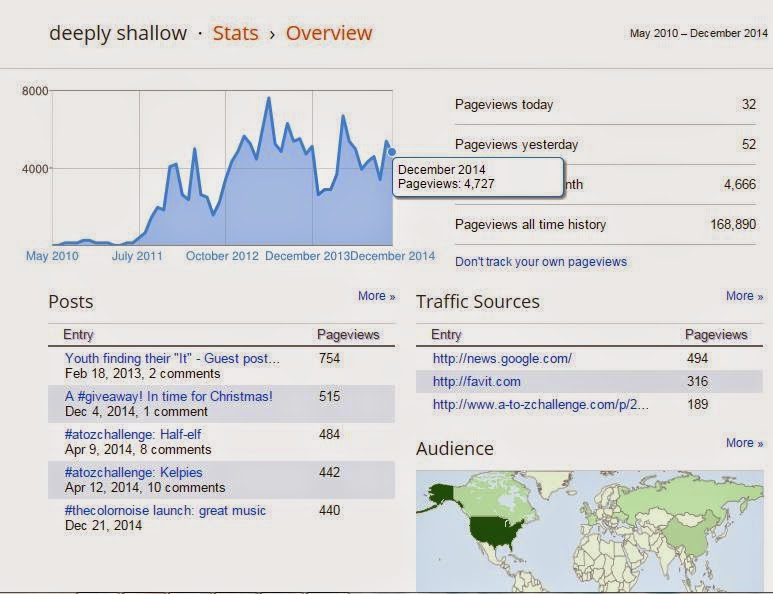 The only time I wish I were on wordpress would be at year end when they do that snazzy year end review thingy, instead of me having to do this manually.

The numbers for this year has been a little dismal - not that I actually tracked anything (I'm just comparing stuff now for the heck of it).
I wrote slightly more posts this year (149 vs 125) but there was a drop of page views from 63K to 53K. Then again, I haven't really been concentrating on my blog, other than the A to Z challenge every April and occasional blog tours and friday flash posts.

Okay, I don't understand these stats - how did the total number of page views for the same post drop from 770 to 754? Mmmmmm 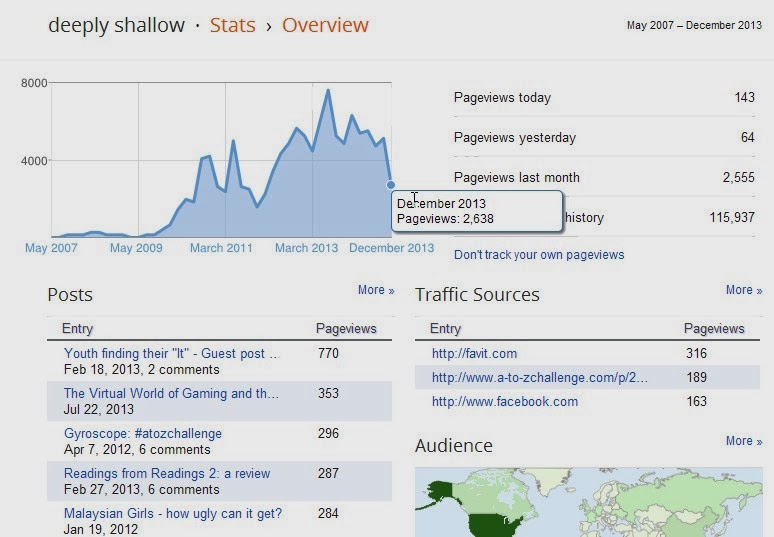 Unreliable blog stats aside, I don't know how to sum up this year.

I would say that the highlights of the year would be my two working trips to San Jose and the new friends I've made along the way. Other than that, I think I've been coasting through most of the year, fighting against procrastination and just being too darned comfortable where I am. It's been a year of evaluation and reevaluation, and in the midst of the peaks where I know where I'm headed and the troughs where I'm convinced I'm heading the wrong way, there's a sense of maybe, just maybe, taking steps in kind of the right direction. I hope.
Posted by Anna Tan at 12:18 am