Mesilithia by K.D. Delgado
My rating: 3 of 5 stars

When Katie is kidnapped by a stranger, her husband jumps into the weird hole-in-the-wall portal to save her. However, his brief hesitation lands him in Mesilithia 50 years after his wife. She's grown wings and she's married to Lord Wicket. Even without this complication, how would they get home when she hasn't found a way in 40 nyias?

Delgado has built a pretty fascinating world filled with new creatures. There's the Zothan Clan who are human-like with wings. There's the Shendoot Clan who have dark green skin and live in the water. Then there are the Bandorges - giant wolfish beasts with purple skin and black fur, Wistons - who are shape shifters, and Seleens - small fairies. Then there are the Snites who eat your heart, absorb your soul, and are intent on taking over Mesilithia.

There's a lot to explore here - so much so that the story felt a little rushed. You're pulled from one scene to another - probably to be expected in a world at war - leaving little time for introspection, reflection, or exploration of the world for the sheer joy of it. Then again, I like long epics, so this might just be preference; this brevity is also due to her stated intention of not making it "a Large or Wordy book" so that it can be enjoyed by all ages. It's also written in present tense, which does counter the quick pace just a little.

Personally, I'd rate it at a 3-star (I liked it, but it didn't really capture me) though I think a younger/MG reader might put it at a 4.

Note: I received a free copy of this book in exchange for an honest review.

Not in the official review: Oh, look, pretty pictures! 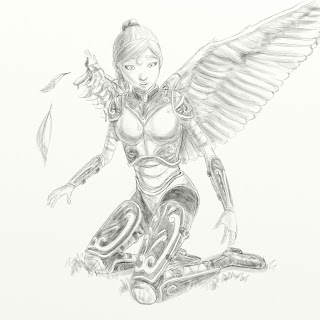 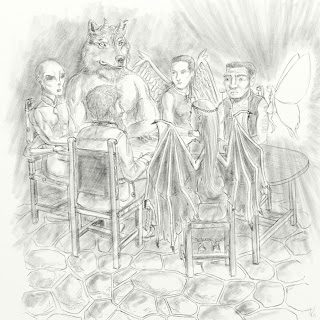