#AtoZChallenge: What I Wrote Today

The next day, Rahsia doesn’t get to resume her lessons, though. She’d had to head in to the shop, and by the time she reaches Iman’s apartment in the afternoon, she walks in to find Ahmad there. He jumps to his feet defensively when she enters.

“What’re you doing here?” he asks.

“I could ask you that same question,” she replies dryly.

“So I haven’t been around. Does that mean I should never get to see them?”

Rahsia wants to retort, but she knows that Iman does want her children to see their father, even if it’s once in a long while, so she shrugs her shoulders. “Well, as long as the children want to see you.”

Tulen nods at her and says, “It’s all right, Aunty Sia. I was hoping bapak would turn up soon.”

Rahsia turns to Telus who is staring wide-eyed at the man. “How about you Telus?”

The boy shrugs a little shyly.

“Do you know who he is?” Rahsia asks.

“He’s my bapak,” Telus replies but he doesn’t sound convinced.

“Have you met him before?”

“Yes, you have, Lus. Bapak’s been here four times already!”

Rahsia does a quick mental scan of the room. Tulen is holding her thoughts tight to herself and Rahsia can’t help but give an approving smile. Telus has hazy memories of maybe seeing the man before, but he’s not sure. There’s nothing negative attached to the memories, so Rahsia lets it go. Ahmad himself is a mess of uncertainty and pride, as if he’s not quite sure what he’s doing here, but he’s proud of himself all the same.

Why should he be proud of just seeing his children a few times a year? Rahsia shakes the thought away. He can be proud of whatever he wants. “Well, then. You’ll be seeing to their dinner?”

“Will you be getting dinner for them, or should I be planning on being back later?”

“What about Iman?” he looks from Tulen to Rahsia.

“She’s rather caught up in something these days.”

Ahmad’s face darkens. “How dare she?”

“How dare she what?”

“Oh, so you can ignore the children, but she can’t?”

“And why would that be? And don’t say it’s because she’s a woman. I imagine it took both of you to have them, so it should take both of you to care for them, no?”

Ahmad flails for an answer.

“So you’ll be getting them dinner?” Rahsia asks again, a dangerous look on her face.

“Bye Aunty Sia, and thanks!” Tulen calls after her. 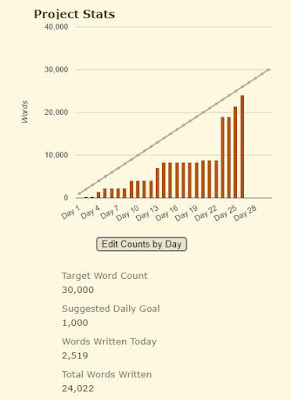