I suppose I need to wrap up the year somehow. 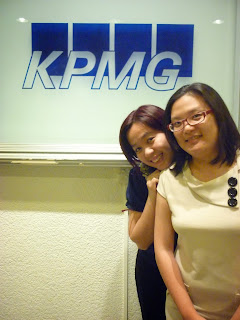 A major milestone of the year, I suppose, would be that I completed 7 years with KPMG... and left. (Read my farewell post here.) Clearing off the backlog and cleaning up the table was an accomplishment in itself!

It's nice to close the year with a new book on the shelves and to know it's been doing quite well, all on its own. Okay, I shouldn't say "new book" as if I've been doing this regularly - Love in Penang is the first book I've published with Fixi Novo. If you count my self-published ebook Stories from A Place to Call Home from 2012, this is my second book released to the world!

Had a lovely surprise walking into Borders in Queensbay Mall last night and seeing it placed at number 8 on the list of top 10 fiction.
Based on Kinokuniya's weekly bestseller list (see pic on the left), Love in Penang is ranked at number 2 for the week. I don't know how long it's going to stay there but I hope it hangs on for a long while!

If you need a little help deciding on whether to get this (it's only RM19.90!) read these really lovely reviews from one of our writers, Fadz:
The generic version
The detailed version

Obligatory self promotion: You can buy Love in Penang from Fixi, Kinokuniya, MPH and Amazon.

If you've already read it, could you be so lovely as to write a review and post it on MPH, Amazon and Goodreads?

Other stuff that featured in my writing life was a rather dismal A to Z challenge offering as compared to a shiny new rather confused novel during Nanowrimo.

Blog life
I've become a little more inconsistent in blogging, what with work life and writing life going all sorts of ways, but it still amazes me that people. actually. read. my. blog. 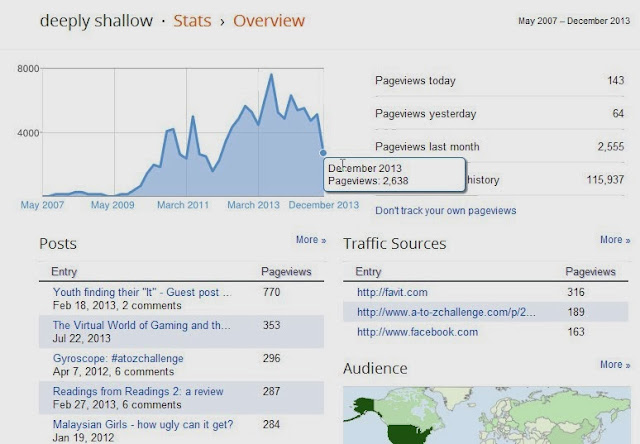 Look at those numbers! There was a high of 7,561 views in May - how did THAT happen? The screen shot below is last year's statistics for comparison (post here). 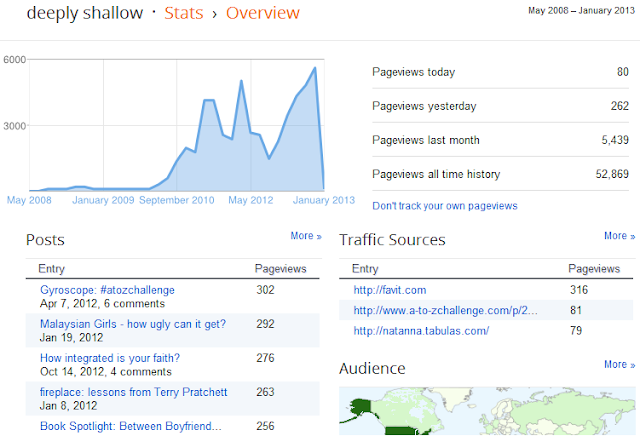 Looking through my posts, it seems that I did more book review/tour posts than anything else in 2013. Number of posts have dropped from 134 in 2012 to 125 in 2013. I'm not sure why. Probably because I was so busy/distracted/confused. I think I should start blogging more regularly about more regular stuff, if that makes any sense.

Other stuff
I suppose if you're on facebook, you could look at my year in review there as well.
I had a great year-end trip to Melbourne and Tasmania (which was why I blogged less as well) and I'm still recovering from post-trip blues, trying to catch up with all the stuff I missed back here in Penang as well as trying to get ready for the new year.

I was probably a lot more organised in last year's posts... but well... I don't think I had so many year end events. Or at least I don't remember that I did. 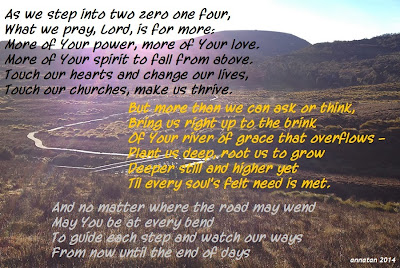