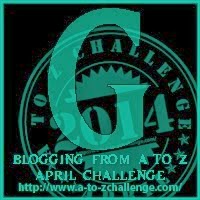 The Ghillie Dhu was almost asleep. The slight spray from the waterfall nearby was welcome relief to the heat of the afternoon. He stirred as the chatter in the trees grew louder.
“Shush,” he muttered. They quietened for a while, and the Ghillie Dhu was in a restful slumber when the ongoing conversation erupted into a quarrel.
“What is it?” the Ghillie Dhu roared as he got up, bleary eyed. “Can’t a faerie get a decent nap anymore?”
“Tell him what you did, Euthalia! You just tell him!” a tree nymph squeaked at another, pointing a finger at him.
“It has nothing to do with him,” the other nymph replied. “You keep your nose in your own business, Althea.”
“But the Queen -”
“Has nothing to do with it. There is nothing else to say.”
The Ghillie Dhu sighed. He hated it when the dryads quarreled. They weren’t his to take care of, but he did anyway. He rubbed his eyes and yawned, studying the red-faced pair. The other tree spirits had slunk away at his roar, not wanting to get involved.
“Euthalia.”
“Yes, Ghillie Dhu?” She looked at him sullenly.
“Tell me.”
She rolled her eyes. “She’s making a fuss over nothing. Seriously, I think her priorities -”
“Euthalia.”
“Fine. A child wandered into the Kingdom and I helped Charon escort her out before she could do any harm.”
“Now the Fairy Queen is after our heads, Ghillie Dhu! You have to report her! She broke the rules and -” Althea stopped when the Ghillie Dhu waved his hand at her impatiently.
“Why did you help her?”
“Her father once did me a good turn.”
The Ghillie Dhu stared at her suspiciously. “A human once helped you?”
“Yes.”
“You do understand, Euthalia, that everything you do affects the dryad community? And everything that affects you dryads and tree nymphs will affect my trees?”
“Yes.”
“You can’t just - just help humans and not expect that our community will be affected.”
“That’s what I said, Ghillie Dhu, I told her,” Althea whined.
“If she’d stayed, we would have been in bigger trouble,” Euthalia protested. “She would have eventually wandered into our territory, and if the Queen found her here, then wouldn’t we be implicated?”
The Ghillie Dhu hesitated. “That is true - if she had eventually come here…”
“But you said she was with the centaur. Why would she have come here?” Althea asked.
“She was at the edge of the forest, and the trees were closing in on her. Where else would she have fled if the centaur had not called me? Maybe you should have told your trees to let her through so that she could have gone home on her own,” Euthalia turned on the Ghillie Dhu.
“I felt - I wasn’t paying attention to their chatter last night,” he admitted. “I was distracted elsewhere.”
“So -”
“So we do not speak of this again, Althea,” the Ghillie Dhu cut her off. “She came in, and she left and there is all there is to this. Now go away and let me get back to sleep.”
He lay back on his bed of moss beside the stream and closed his eyes, ignoring Althea’s angry glares.
Euthalia closed her eyes and asked the trees about the other girl. Her face was grim when she left.

In Scottish folklore the Ghillie Dhu or Gille Dubh is a faerie, a guardian spirit of the trees. He is kind to children, but generally wild and shy. Said to be dark haired, he is described as clothed in leaves and moss (similar to a Green Man in England and Wales). He especially likes birch trees, and is most active at night. In lore, this solitary spirit is said to reside primarily near Gairloch andLoch a Druing.
It is also a term used in song, including "code-songs" in which it was used to symbolize the Stuart heir, probably deriving from the time when the future Charles II, son of the executed Charles I, was in exile following the English Civil War. Charles was dark-hued, with black hair, and so was given the code-name "Gille Dubh." The term was later extended to mean his younger brother, ( James VII and II), after he was exiled following the rebellion that put his daughter Mary and her husband William of Orange on the throne.


I had trouble choosing this one. On one hand, Ghillie Dhu felt a little too "specialised" but on the other, most of the others on my list didn't quite fit into where the story was already going. Then I figured, I already have dryads. Why not link these tree people together? :)