Today, for the final post of what apparently became worldbuilding week, Rebekah Loper talks a little bit about cultures and sensitivity as part of her book launch tour.

Rebekah is a fellow A to Z blogger and Wrimo, who, coincidentally, introduced me to Realm Makers!

Last summer, I read an article about fiction readers being more empathetic people than non-readers. There doesn’t seem to be a formal article or study about writers being more empathetic (though many writers are avid readers, so it wouldn’t be a surprise), but I would say that especially for writers of speculative fiction empathy is a necessary skill.

One of the methods I advocate in my book is to look at the world around you, especially climates similar to what you’re worldbuilding, and see what types of cultures developed from them. In this time, when terms like cultural appropriation and white-washing get tossed around frequently (and often justly), it is a fine line to walk.

When cultural inspiration is done inappropriately, it becomes something along the lines of plagiarism – taking something that wasn’t yours and claiming that it was, despite evidence to the contrary.

It’s one thing to take a single aspect of a culture, look at it from a new perspective, and re-build it for your world from there. It’s another matter entirely to take entire existing cultures (and cultural stereotypes) and transplant them into your story – especially for fantasy. Not only is it sloppy writing, but it’s disrespectful.

Culture has so many nuances to it, and especially so when you’re writing about a culture that isn’t yours. That doesn’t mean it’s an impossible task, however – it simply means you need more help than you do when you’re writing something that happens in your own backyard. It means learning how to put on someone else’s shoes, and walking a mile (or one hundred miles) in them, and knowing that it’s probably not ever going to be enough.

It all comes back to empathy – for your readers to be able to step inside another mind, another world, you have to know the nuances of your characters, and that means knowing their culture, whether it’s based on a real culture from our world or it’s one completely made up for your story.

Sometimes it means hours and hours of research and worldbuilding and revisions, and sometimes it means recognizing that you may not the best person to write the story. Most importantly, though, it means learning more about the world around you, whether it ends up in the story you write or not. 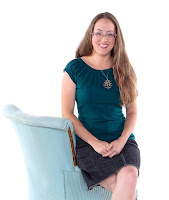 Rebekah Loper loves to create worlds – whether they are magical and fictional, or a productive farm in her suburban backyard where she makes futile attempts to curse Bermuda grass from all existence.

Rebekah lives in Tulsa, Oklahoma with her husband, dog, formerly feral cat, a flock of chickens, and an extensive tea collection. She blogs at rebekahloper.com, and is also a contributing blogger at Fantasy-Faction.com and The Rabid Rainbow Ferret Society (fictionalferrets.wordpress.com).

Worldbuilding is the ultimate act of creation for speculative fiction writers, but how exactly do you worldbuild? You ask 'what if' and use each answer as a springboard to more questions and answers about your fictional world.

In The A-Zs of Worldbuilding, that ‘what if’ process is broken down into 26 themed chapters, covering topics ranging from architecture to zoology. Each chapter includes a corresponding set of guided exercises to help you find the ‘what if’ questions relevant to your story’s world.

Fair warning, though: worldbuilding is addictive. Once you get started, you might never put your pen down again.

Sign up for Rebekah’s newsletter by September 30 and get a 25% off coupon for The A-Zs of Worldbuilding paperback when you purchase it from RebekahLoper.com or CreateSpace!