I is for Innocent Blood #AtoZChallenge #GoodFriday

The world stuttered to a stop for a split second. It was dark, where light should be. Weakness where strength should be.

What is happening? This is wrong.

Into Your hands. For them.

This should not be.

The dry earth opened its maw and drank, accepting innocent blood in place of the guilty. The ancient laws of redemption fulfilled in life and blood.

Then they brought Him to the place [called] Golgotha, which is translated, Place of a Skull. They tried to give Him wine mixed with myrrh [to dull the pain], but He would not take it. And they crucified Him, and divided up His clothes among themselves, casting lots for them to see who should take what. It was the third hour (9:00 a.m.) when they crucified Him. The inscription of the accusation against Him had been written [above Him]: “THE KING OF THE JEWS.” 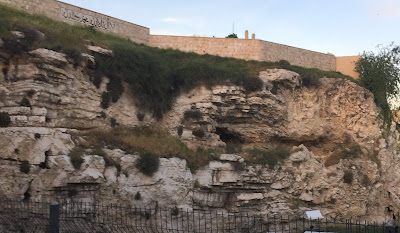 ...When the sixth hour (noon) came, darkness covered the whole land until the ninth hour (3:00 p.m.). And at the ninth hour Jesus cried out with a loud voice, “Eloi, Eloi, lama sabachthani?”—which is translated, “My God, My God, why have You forsaken Me?”

Some of the bystanders heard Him and said, “Look! He is calling for Elijah!” Someone ran and filled a sponge with sour wine, put it on a reed and gave Him a drink, saying, “Let us see whether Elijah is coming to take Him down.” But Jesus uttered a loud cry, and breathed out His last [voluntarily, sovereignly dismissing and releasing His spirit from His body in submission to His Father’s plan]. And the veil [of the Holy of Holies] of the temple was torn in two from top to bottom.

When the centurion, who was standing opposite Him, saw the way He breathed His last [being fully in control], he said, “Truly this man was the Son of God!”