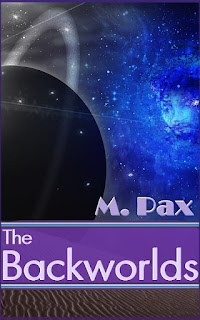 The first story in the Backworlds series by M. Pax. A vision of how humanity might colonize the galaxy some day in the distant future.

The Backworlds
After the war with Earth, bioengineered humans scatter across the Backworlds. Competition is fierce and pickings are scant. Scant enough that Craze’s father decides to hoard his fortune by destroying his son. Cut off from family and friends, with little money, and even less knowledge of the worlds beyond his own, Craze heads into an uncertain future. Boarding the transport to Elstwhere, he vows to make his father regret this day.

Available from: Amazon / AmazonUK / Smashwords / Feedbooks
Other links to more outlets can be found at either Wistful Nebulae or MPax

The Backworlds is an ebook and a free read. All formats can be found at Smashwords and Feedbooks.

It’ll take a few weeks to work its way down to free on Amazon Kindle. It will also be available on B&N and iTunes. Sign up for M. Pax’s mailing list to be notified the day it does go free on Amazon, and when the book becomes available at other outlets. You’ll also receive coupons for discounts on future publications. NEWSLETTER 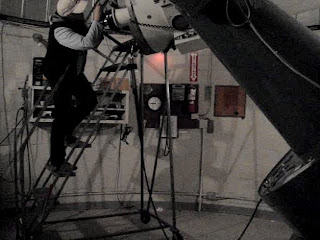 M. Pax’s inspiration comes from the wilds of Oregon, especially the high desert where she shares her home with two cats and a husband unit. Creative sparks also come from Pine Mountain Observatory where she spend her summers working as a star guide. She writes mostly science fiction and fantasy, but confesses to an obsession with Jane Austen. She blogs at her website, www.mpaxauthor.com and at Wistful Nebuae. You’ll find links there to connect on Twitter, Goodread, FB and other sites.

The sequel, Stopover at the Backworlds’ Edge, will be released in July 2012. It will be available in all ebook formats and paperback.