of Advent, Books and Coming-soons...

I was supposed to post this on Sunday, but what with Christmas practice, then jazz fest, then work, then general all-round laziness, and setting up the song set for the weekend...

Advent
Well, I suppose it's a little too late now to wish you a "Happy Advent", if one does wish that, but all the same, do take time to slow down even as we enter the busiest time of the year (oxymoron, that).

Advent is a season observed in many Western Christian churches as a time of expectant waiting and preparation for the celebration of the Nativity of Jesus at Christmas. The term is an anglicized version of the Latin word adventus, meaning "coming." It is the beginning of the Western liturgical year and commences on Advent Sunday. The Eastern churches' equivalent of Advent is called the Nativity Fast, but it differs both in length and observances and does not begin the church year, which starts instead on September 1.[1] At least in the Roman Catholic, Anglican, Lutheran, Moravian, Presbyterian and Methodist calendars, Advent starts on the fourth Sunday before December 25, which is the Sunday from November 27 to December 3 inclusive.[2]Latin adventus is the translation of the Greek word parousia, commonly used in reference to the Second Coming of Christ. For Christians, the season of Advent anticipates the coming of Christ from two different perspectives. The season offers the opportunity to share in the ancient longing for the coming of the Messiah, and to be alert for his Second Coming.


We don't observe this in my church, or even at home, and I'm a somewhat erratic person when it comes to observing traditions and such, but seeing my growing disillusionment with Christmas celebrations on a whole... maybe as Mark Roberts puts it:


In Advent, we’re reminded of how much we ourselves also need a Savior, and we look forward to our Savior’s second coming even as we prepare to celebrate his first coming at Christmas. The word “Advent” comes from the Latin word adventus, which means “coming” or “visit.” In the season with this name, we keep in mind both “advents” of Christ, the first in Bethlehem and the second yet to come.

may help to put things more into perspective.
At any rate, I've been wanting to do a giveaway for two things: 1) Joshua's album, In That Day and 2) David Santistevan's The Worship Songwriter so I figured what better time than to do it now?
(We'll work that out along the way)

*slobber*
Okay so I'm using the 1 week picture because I'm only going down to KL next weekend. WHEE!

Coming soon
As mentioned above, I'm trying to figure out a way to do the giveaways. I'm thinking of using Rafflecopter, but I'm not sure how it works. BUT I WILL TRY! It'll run from whenever I figure it out until Dec 23rd, with winners to be announced on Dec 24th, so you'll get your stuff right in time for Christmas!

If you're a female singer located in Penang, George Town Festival is holding an audition next week. Details here. 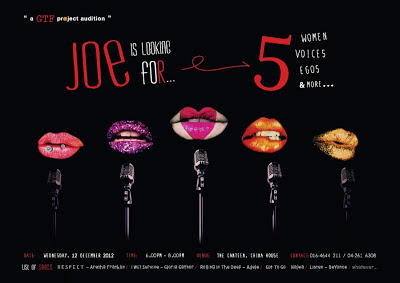 Also I just recalled I signed up for a blogfest some time last month. Or the month before. So I'm posting the linky code here so that you can join in the fun too! Can't wait for The Hobbit!


Oh yes, C was also supposed to be for certs, in which, I was going to paste my nanowrimo cert, but since my computer died and I'm a little too lazy to go re-download the cert at 1am and print screen it for you, well, that's too bad then. Also, I completed the Greek and Roman Mythology course over at Coursera, so I'm just waiting for my cert on that one too! Yay!