Render by Stephanie Fleshman
My rating: 4 of 5 stars

That I read this book in (almost) one sitting says much about it. I'd picked up Render as part of the Novel Publicity book tour with the idea that "if I have the time, I'll do the review, if not I'll just read it later." But one long afternoon waiting for my passport to be done, I loaded it onto my iPad and was pretty much enthralled for the rest of the day.

Koldan Holdt's world is turned upside down when his grandfather dies unexpectedly. Armed with only some maps, a leatherback journal and the last travel bookings his grandfather made for him and his brother Lukas, Koldan, Lukas and Koldan's girlfriend, Raya, try to discover the secret that Dr Daniel Holdt had wanted to reveal to the boys before his death. Their journey takes them across the world to Australia, and on to an uncharted island where unexpected people and unwelcome news await them.

Fleshman writes quite believable characters, and I enjoyed the banter between the brothers. Admittedly they did use some really big words, but then again they're supposed to be geniuses, so it made some sense. The part that didn't quite make sense was when Raya started throwing some of those words around, because she wasn't supposed to be a genius as well, but I suppose maybe the boys rubbed off on her.

As part of this special promotional extravaganza sponsored by Novel Publicity, Render, the debut YA Paranormal novel by Stephanie Fleshman, is on sale for just 99 cents! What’s more, by purchasing this fantastic book at an incredibly low price, you can enter to win many awesome prizes. The prizes include a Kindle Fire, $550 in Amazon gift cards, and 5 autographed copies of the book. All the info you need to win one of these amazing prizes is RIGHT HERE. Remember, winning is as easy as clicking a button or leaving a blog comment--easy to enter; easy to win! To win the prizes: 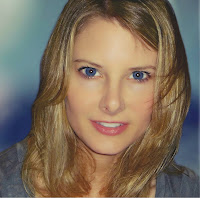