#guestpost: I’m Ready to Publish My First Book. Now What?

Let’s see if my journey into writing resonates with you. I looked into publishing back in the old days when bookstores existed. I heard advice like, don’t hold back on your first book and save ideas for the sequels--put everything you have into book one and worry about follow up books later. And also, I’d hear about some author who got published and was running against a deadline on a subsequent book, so he just whipped something out to pay the bills, and the one telling this story then chided the author for choosing money over creating real literature. I agreed with both of these opinions. Then later in life it was finally time for me to write. I had a book burning inside me, and a feasible amount of available time to do it.

So I wrote, or rather, learned how to write, as I wrote my first book. I heard a bit in passing about changes in publishing over the years but didn’t look into it deeply for fear of discouraging myself. I enjoyed day-dreaming about sending out my manuscript, and then fielding calls from jealous agents fighting over my story. After four years my book was ready for the presses. I started looking into publishing and found out that not only will publishers not take unsolicited manuscripts, even self-respecting agents won’t take them, other than a couple of exceptions, agents who take them so that you’ll buy their e-book about how to write and submit a proposal.

I was bitching about the publishing industry to a friend and he said to him it seems better now, because back in the day, if you couldn’t get time with an agent, your choices were to either give up, or off yourself like John Kennedy Toole. But nowadays, you could self-publish like Andy Weir and hit it big. I hated that idea because self-publishing meant that I would have to push my books to my friends a la Amway, create a mailing list and social media following when there was nothing yet to follow, and try to B.S. my way into getting ‘influencers’ to take a look at it. But, I knew that my friend was right. I felt like God was leading me in that direction (if you believe in that kind of thing).

When I looked into self-publishing, I found out that not only do I need a throng of followers on social media and in my mailing list (which are also requirements for getting published), but I also needed to write a ‘deep series,’ because Amazon doesn’t want to post ads for suckers with one measly book, because that’s only one potential sale to them, as opposed to a dozen future sales of an author with a deep series. So, the advice went, I should pump out a book every six weeks or so.

The reason there are no good soap operas is the same reason I think this is a bad idea. One day is not enough time to produce a good TV show. One week is the minimum. If anyone can write a good book in six weeks, it’s not me. I suppose if a reader likes formulaic pulp with all the genre tropes, they could be happy with a six-week book. But that’s not why I got into this. I don’t want to be like the allegorical author in the first paragraph. I want to write something that matters and affects people. I’m not in this to quit my job.

Don’t take this as bitching about the system. I agree with my friend that now is the best time to write a book. I have a few ideas for how I could pull this off. Had I known what publishing would look like when it was time for me to publish, I wouldn’t have changed anything about my writing process. I would have been a little more discouraged while I wrote, and I knew that deep down, which is why I didn’t look into it. Now it’s up to me to reverse-engineer market my book, shoving its square peg into the round hole of the market and genres, rather than if I would have looked at what was selling at the beginning, and then ‘written to market.’ I write to a market of one: me. And I don’t mean that I’ll be satisfied if no one likes my book, because I won’t. What I mean is that I wrote the book that I wish existed and didn’t, and am putting my faith in the fact that there are others out there like me wishing this book existed, even though they don’t know it. Like that old question, how much did Steve Jobs spent on marketing? Nothing. Because people don’t know what they want. I do. 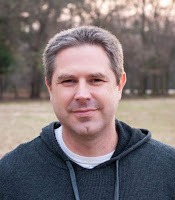