So being the naturally *ahem* outgoing and friendly person I am online, I met the lovely Sarka-Jonae Miller via Goodreads, which led to Facebook, (doesn't everything?) and one thing led to another, and what do you know, I'm hosting Sárka over here at my blog for a book spotlight on her chick-lit novel, Between Boyfriends.

Just a little bit about the book to whet your appetite: 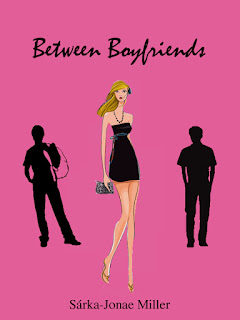 Jan Weston is boy crazy, emphasis on crazy, but when "the one" breaks her heart she vows to change. Jan quits dating and takes a hard look at herself, discovering that she does not like the flawed, spoiled individual she sees in the mirror.

Her progress toward positive change is derailed when her mother discovers she dropped out of San Diego State University to attend massage therapy school. Furious at being lied to, Mrs. Weston cuts Jan off. Now Jan is without a guy, her American Express card, and a way to pay for school. She has to do something so despicable, so vile, so cruel, she almost cannot imagine it: Jan has to get a job.

But maybe that is exactly what she needs? Jan is forced to change how she treats people and to reconsider her values. Through a "comedy of errors" and with the support of her real friends (plus the hottie from massage school) Jan is able to survive, barely. But can she really change or is she just between boyfriends?

Right, so this doesn't exactly sound like my usual reading fare, as KK will attest, but why not? So before I get down to reading it, a few things to give you the heads up on:
Where to buy:
Amazon (US): Between Boyfriends (Boyfriends Series) 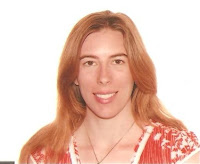 Sárka-Jonae is a novelist and freelance health writer. Before writing full-time, Sárka worked as a personal fitness trainer and massage therapist. She attended both the International Professional School of Bodywork and the Natural Healing Institute, where she studied Thai massage. Sárka drew from her experience as a massage student and massage therapist when writing Between Boyfriends.

Sárka is an avid traveler, martial artist, yoga enthusiast, and animal lover. She traveled to Thailand twice to research the sequel to Between Boyfriends. She has also been to Costa Rica, Canada, England, Mexico, France, and Paradise Island. Sárka lives in San Diego with a menagerie, including two cats, two dogs, and a horse.