Thank you for stopping by for this week's Writing Process Blog Tour!

This is a travelling blog tour that pops up every Monday for writers to share a little about what, how and why they write. If you're a writer, I hope it cheers you on on your journey - and if you're not, hopefully it will give you some little insight into the lives of the people who create the stories you love! 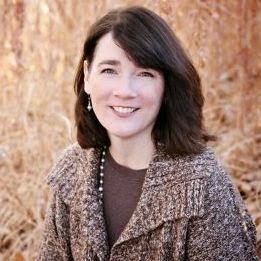 The tour was passed on to me by an online friend of mine, Corinne O'Flynn. We met through the indomitable Damyanti who added us into her Triberr group, the Writer Warriors. Since then, we've been in periodic contact through Triberr, her blog, twitter,
Corinne OFlynn writes all kinds of things from flash fiction to essays to novels. She loves writing Young Adult, especially when it has dark edges and fantasy elements. She wrote her first novel, a YA fantasy, THE EXPATRIATES, as a “pantser” and soon realized (over the course of many, many, *many* drafts) that outlining was invented with people like her in mind. Now an avowed “plotter” she’s excited about completing her second novel, a YA contemporary witch murder mystery, COVENTRY TOWN, in what felt like a fraction of the time. By day, she runs a non-profit organization in Colorado and spends as much time as she can with books.

So on to the blog tour:

What am I working on?
This is a very, very difficult question, mainly because I am working on multiple things often without a solid deadline (sometimes because I stretch them like taffy). I do not think I have ADHD, though sometimes the way I handle my writing projects makes it seem so.
I've just completed a fairy tale blog series which I'm considering turning into a novelette. I'm setting aside the month of May for revisions though this might stretch into June since I'm also working on a script for a church service on May 31st (that's mostly written, but practices take up time).
I'm also mulling over this year's Christmas script - I have a story idea, but that's basically it. Let's not talk about the 3 or 4 fantasy manuscripts in my folder which needs editing and the S+S script and short story deadlines in June that I was hoping for.

How does my work differ from others in its genre?
I walk the fine balance between being real and true enough to engage the depth and width of human emotions, and being clean and hopeful enough to be a "Christian" story. Actually, no. I'd rather just go for the emotions than to be preachy.
I tend towards despair and desperation and brokenness because that's where most of us spend our lives and I try as much as possible not to use "But God said..." or miraculous interventions because Deux ex machina is often a flimsy plot point.
At the same time, in all I write, I try to keep it "clean". Because, you know, kids may be reading. Sex and death happens, but it doesn't need to be graphic. Besides I'd feel awkward.

Why do I write what I do?
There's room in this world for honest, gritty stories that talk about faith without making it seem like a holy grail or unattainable thing. That the small things that you do in life faithfully do actually matter. I mean, there's our faulty faith in the ordinary times and there's faith that makes miracles happen - and so often we focus on the miracles that we alienate the people, like me, who sometimes wake up struggling to believe.
Also, the world needs more fairy tales and dragons. And it's easier to be true in talking about ideals and faith, and despair and brokenness, when you're writing in a fantasy world, than when you're writing in the here and now. (Well, at least for me)
I also think there is room in this world for more clean stories. True, there is a burgeoning adult market, but that doesn't need to be at the expense of good reads for younger people, or people who just don't like graphic stuff.

How does my writing process work?
Most of my stories start with either a character which interests me (sometimes just his/her name) or a line or sentence that grips me. Once I've written about a page (maybe 500 - 800 words), I'd be able to tell more or less where the story is probably going, or if it's just going to be a flash. That's when I sit down and start doing a bit of plotting, though usually by the way I'm midway through the story that initial plot is usually just rubbish. (hi plot, bye plot, it was nice meeting you). So I'm really more of a pantser, though that act of sitting down and plotting a plot does help in the development of the story, even if I don't end up using half of what I planned.

And that wraps it up!
Thanks for dropping by. :)

Next week, the reins go to these three lovely blog friends of mine:

LK Gardner-Griffie started writing her first, never to be published, novel at the ripe old age of 9. She believes in that magic nation of imagination, and in everything sees the story lurking beneath the surface. Born in Seattle, WA and raised & living in southern California, LK is definitely a west coast girl, but loves to travel.
LK has spent time working in a variety of jobs, such as retail sales, insurance, throwing papers for the LA Times, pre-school teacher, and a brief, but memorable stint at a gas station, before ending up in the transportation industry. LK works for an international shipping company in the capacity of business, process, system support manager and has decided it is time to carve out a little time for writing as there are several more projects that she has in the works, as well as those that are still just a glimmer in her mind.

Julya Oui loves to dream up stories and make them happen with the stroke of a pen. She writes movie scripts, plays, novels, short stories and articles with monsters, muses and mystics in the City of Everlasting Peace.
Her first book of horror short stories, "Bedtime Stories from the Dead of the Night" was published in September 2011. 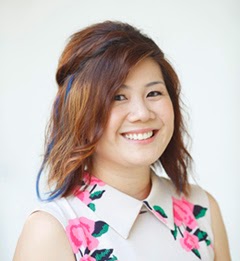 Melanie Lee is writer from Singapore specialising in content related to travel, food and heritage. Her work has been published in TODAY newspaper, Travel + Leisure (Southeast Asia), Singapore Tatler, Yahoo! Singapore, and POSKOD.SG amongst others. Besides editorial writing, she has co-authored Quiet Journeys: Finding Stillness in Chaos (Armour Publishing) and published a collection of short stories, Imaginary Friends: 26 Fables for the Kid in Us (MPH Publishing) as an illustrated e-book and paperback. She has also edited three coffee table books for ORO Editions: Sculpting Spaces in the Tropics, 13 Houses in Aamer Taher’s Design Journey, Fort Canning Hill: Exploring Singapore’s Heritage and Nature and Parting Glances: Singapore’s Evolving Spaces.Previous clients include the National Museum of Singapore, Sun Yat Sen Nanyang Memorial Hall, Preservation of Monuments Board, Singapore Workforce Development Agency and the Ministry of Education.
Melanie is an Associate Faculty at SIM University, teaching a variety of writing and communication subjects.
Posted by Anna Tan at 12:00 pm