Grudging: Birth of Saints Book One by Michelle Hauck
My rating: 4 of 5 stars

Colina Hermosa is under siege, and in a last ditch manoeuvre, Alcade Julian Alvarado sends his two sons and some of their pelotón on a secret mission into the swamps to seek help from the witches, their traditional enemy.

Ramiro, his younger son, wonders why he is in this elite group, seeing that he is only a bisoño, yet to earn his first kill and be counted as a man. But when the mission falls apart tragically, he has to take up the responsibility and do all he can to take the reluctant witch back to his cuidad-estado to fulfil his mission.

Claire, a Woman of the Song, has been pestering her mother to teach her more about the powers that runs in her veins and her voice. However, when she finally obtains her mother's grudging assent, disaster strikes and Claire finds herself on an unwanted journey to places she used to long to visit.

The first thing that struck me about Grudging was Michelle Hauck's decision to set her story not in traditional medieval European settings but in what appeared to me as a very Hispanic setting. (I'm no cultural expert) In her guest post on diversity, she clarifies that her protagonists are based on Spanish and Moorish cultures. Her antagonists, the Northern warriors, have lighter hair and eyes. This casual overturning of common tropes is what makes the story even more attractive.

In many ways, Grudging is a classic coming-of-age story. When circumstances leave Claire and Ramiro bereft of support and guidance, they must do their best with what they have to stay alive, and in Ramiro's case, to fulfil his mission and responsibility to his city. Hauck writes their grief well, colouring it with different cultural expressions and expectations. Cultural differences cause misunderstanding and Hauck handles it deftly; instead of ignoring it, she builds on their generational prejudices to move the story along.

However, if you think that the novel devolves into a lot of touchy-feely scenes as they sort out their differences and mature in their choices, you're sorely wrong. There is battle, blood and gore, political manoeuvrings, magic and faith. Yes, Hauck also touches a little on religion, with Colina Hermosa practicing a faith very similar to Catholicism, whilst the Northerners serve Dal, a blood-thirsty God.

All in all, Grudging is a well-crafted fantasy that whets your appetite for more in the next two instalments.

* I received an ARC of this book via Edelweiss.

The paperback version of Grudging has just been released! 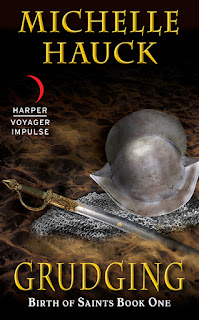 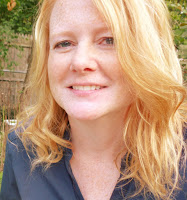