Why Your England So Bad? World Englishes and the way forward for Malaysian writers

So. In the light of all the nasty debates over proper grammar and How English Standards Are Going Down The Drain in Malaysia, I figured I should post this online.

Now, to clarify, I used to be quite pedantic about my English and how perfect it has to be. It took reading a lot more local stuff that worked instead of the super-stilted Proper English Written by Malaysians (grammatically correct, but ugh) for me to figure out that no, actually...there is a rhythm and a beauty to the way we speak that actually makes sense. Malaysian English isn't quite standardised across races/states to be a proper creole, but there ARE rules to how we phrase things, which sometimes deviates a little depending on whether you're more influenced by Chinese, Malay, Tamil, or dll. Even pure bananas like me pick it up second-hand. And I don't speak any Chinese and my Malay is abysmal. haha.

It took me coming to study Creative Writing in London to figure this out. Who knew World Englishes is a Thing? They don't talk about it back home. BUT THEY SHOULD.

Anyway, I performed this at the The Decolonial Earth event in Goldsmiths, talking about my linguistic heritage. It starts with the monologue, titled 'Banana', and then continues with the rest of the essay.

When I first started writing ‘Banana’, I had no idea what I wanted to say. It was something of a mishmash of thoughts and frustrations interspersed with some sort of a story. In a way, this monologue is a showcase of my ongoing confusion over who I’m supposed to be.

Technically, I know who I’m supposed to be. I’m ethnically Chinese, of Malaysian nationality. But it’s not quite that simple.

Like Karen, I often describe myself as a 100% Banana. Like, you would probably never find a less Chinese-speaking Chinese in Malaysia. And it’s a question I’ve been asked all through my life.

“Why don’t you speak Chinese?” 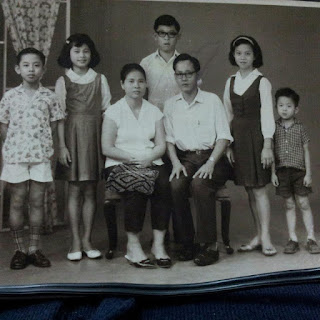 I blame my father’s side of the family. (My dad is the one on the left.) My grandfather lost his parents to the Japanese occupation in Johor as a teen and my grandmother came to Malaysia alone also as a teen. Without family and community, both of them fell out of touch with their cultural heritage. They spoke Cantonese at home whilst living in Ipoh, but my dad 'forgot' how to speak Cantonese when he moved to Penang as a teen.

So, I grew up in an English-speaking Christian household (which means you don’t practice Chinese customs which are inherently Buddhist or Taoist) and attended a Sekolah Kebangsaan, or national school—but it was a Methodist school, which counted as “English-Ed”. 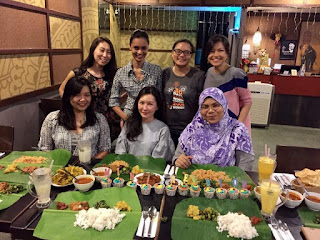 I lived in a very white-presenting bubble. Technically, we had all races—Malay, Chinese, Indian—but we spoke English to each other. And of course, enjoyed our banana leaf rice.

It wasn’t until I was in the US for a work thing that two things became very clear. For all I’m immersed in White culture, I’m too Asian to be White. Fair enough. And then I visited a Chinese-speaking church in San Jose and realised how un-Chinese I was, even though I was actually from and based in Asia. 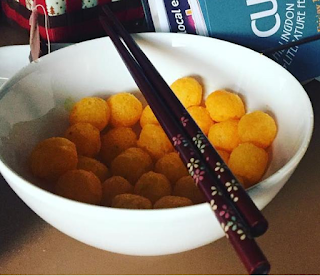 Now, this is the hard thing—at least for me. If you are diaspora who grew up in Britain, or in Australia, or in North America, it’s easier to reconcile some of that dissonance. You’ve chosen the cultural affiliations associated with the country you or your parents migrated to.

I am very firmly rooted in Malaysia. What excuse do I have?

“Why don’t you speak Malay?” 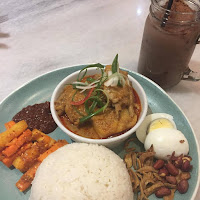 This is where the bubble comes in—for all that the Chinese diaspora is so thoroughly Malaysian (and quite proud of it), it’s usually the food and celebrations that are highlighted. Not the language. Instead of Bahasa Malaysia being the common ground, we often just revert to English, especially in church bubbles.


I mean, technically, I’m bilingual. I learnt Malay for eleven years in school. I read the language better than I speak it. Yet for all practical purposes, I’m monolingual.

As a writer—and even before I started writing—language has formed a very core part of my identity. I count myself as a native speaker, English as my mother tongue, even though it won’t be officially recognised anywhere. Without it, I don’t know who I am. It’s a poor excuse, I know.

But honestly, I’m afraid. I’m one of those terribly timid people who won’t do a thing because of fear of embarrassment. And besides change, language is my biggest fear.

I only have one trick: my words, in English.

I’ve been reading books by people of colour recently—written in English, not translations—and I’ve come to realise this. English, as written by the whites, has become quite sterile. It’s dead, rooted in Shakespeare and the Bible, even if they’re not quite aware of it.


They’re unapologetic about the words they use, about the cultural ideas they represent, and the languages they slip in. (Take notes! Read These Books!)

There is a level of acceptance of dialect and slang in literature, a sort of hierarchy of languages. As long as it’s a White dialect (Yorkshire, Irish, Midwest, Shakespearean) or Euro-centric (Latin, French, Italian)—maybe a little Spanish, but not too much—it’s okay. Agatha Christie’s Hercule Poirot is allowed his quaint sayings. Huckleberry Finn is “natural”.

But add in some Tamil or Malay or Chinese and it’s like oh my God, why do you have all these weird foreign words? It’s so unrelatable.

But diversity is what people are looking for now. People of colour are looking to see themselves represented in fiction—and it can’t just be the colour of their skin. Not just being the token brown guy. It has to also be the way they speak, the way they mix languages, the thoughts and feelings that cannot be divorced from who they are.

Language has always evolved. English is one of the stupidest, most annoying languages to learn whether spoken or written because it has absorbed and Anglicised so many 'foreign' words that they’re not even aware of it. There are many native Englishes because it’s spoken all around the world thanks to colonisation.

What we should be working towards now is to recognise the beauty of these variants and use them in fiction—to create works of art instead of upholding this so-called hierarchy of languages.

When I think about a decolonial future, I think about these voices in Malaysia who switch from English to Malay to Chinese to Tamil with ease, who bask in bilingual puns, and poke fun at their own cultures, yet are united because of their security in their national identity, no matter what language they speak. 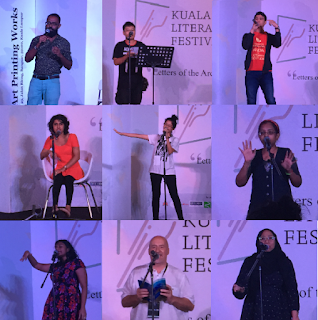 Oh yeah, and that one token white guy because we can.
Posted by Anna Tan at 4:00 pm