B is for Bayangan #AtoZChallenge 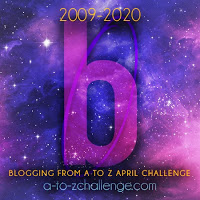 Bayangan comes into view in the evening. The walls surrounding the city are still blackened with fire, partially crumbled from the last war. No effort seems to have been made to rebuild them. We pause for water by the gates, where a large party awaits us.

An open carriage, white trimmed with gold, stands ready. The two white horses harnessed to it paw at the ground and toss their manes. Permaisuri Layla takes the hand of a groom and steps up into the carriage, arranging her skirts as she sits down primly. Ayahanda is brought up behind it. They rearrange his chains so that his hands are bound before him to a bar that runs across the back of the carriage.

There’s a short discussion amongst them, then Temenggung Jeffett mounts a large, black horse. He raises his parang, shouts an instruction, and we set off.

Inside the city walls, rows and rows of shacks have mushroomed in the ruins of old houses. The buildings are haphazard and there’s rubble everywhere. The stench of decay and sewage permeates the air.

Is this what Maha will look like in twenty years? I cannot imagine returning to a place like this. I cannot imagine why they haven’t rebuilt, why neglect pervades this part of the city. Is it the lack of money? Lack of resources? If Bayangan really needed resources, why have they given up the treaty and the marriage alliance for this? Surely continued trade would help Bayangan more than whatever plunder they’ve taken from Maha?

The deeper into the city we go, however, the more prosperous it gets. Wood turns to brick and stone. New buildings tower above us. There are some remaining patchworks of blackened stone, but most of the buildings have been rebuilt. We pass a large marketplace where all sorts of wares are on display. It is here that we stop first, where many of my countrymen are led away.

The Bayangan citizens come out to watch, lining the cobbled streets or peeking out of high windows.

“Behold your triumphant Permaisuri!” the soldiers that precede us shout, blowing their trumpets and waving flags.

Trade comes to a temporary stop. The Bayangans cheer for their permaisuri and their army. They jeer at us as we pass, pelting us with rotten fruit. Slowly we proceed through the throng, boxed in on all sides by sharp parangs and ugly, angry faces. The road narrows, inclining upwards. Walls rise again to greet us as we reach the end of our journey.

The Bayangan Castle is tall and narrow, made of scrubbed white stone. There are no large, wide windows for the breeze to flow through, only narrow slits that squint and sneer at us. It is a defensive place, built to repel others, unlike the Mahan Palace, which is gentle, open, and welcoming.

The gates open with loud clanks and the crack of whips, a great maw opening to swallow us whole. There are no open balconies or large gelanggangs, only suspicious turrets and the one crowded courtyard we’re being herded into like cows.

The slam of the gates closing behind us is a knell of doom.

Here's a short excerpt from The Weight of Strength, Mikal's reactions when he and his fellow captives see Bayangan for the first time.
Posted by Anna Tan at 9:30 am