#bookspotlight: The Keeper by D.L. Gardner

I "met" DL Gardner over on the Noblebright Alliance Discord Server and she mentioned that she has a Kickstarter going on for her new book, The Keeper! I haven't actually read the series, but it looks really cool. You can also get the earlier four books on one of the pledge tiers, or as add-ons.

Here are the details! 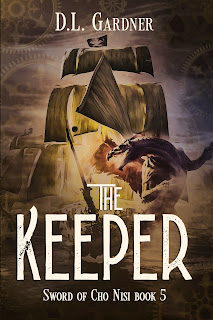 New technology. Stolen magic. The future invades the past like a thunderstorm wrecking havoc on a quiet farm

Just when things have quieted down in the kingdom of Prasa Potama and everyone is living happily ever after in their respective lands, invaders from another country, and seemingly another time in the future, steal the one thing that means life to the natives of Cho Nisi Island.

The ancient magic on the island of Cho Nisi is stolen, its tradition destroyed, and its protective shield ruined. But the destruction doesn't end with the broken drumbeats, nor the groan of the elders. King Barin is confronted with a vengeful adversary and a new enemy whose weapons far outmaneuver his army's bows and arrows, swords, and catapults. What have these strangers from the north come for, and will they battle for ownership of not only the kingdom's future but also its past?

The Keeper, book 5 in the Sword of Cho Nisi series, is a fast-paced tale of monarchs and ladies - wizards and dragons - and even a teenage boy who join forces against the miscreants and their machines, to fight for the beloved tradition of the elders.

Back The Keeper on Kickstarter!

With a passion for a good wholesome story, D.L. Gardner (Dianne Lynn Gardner) dives into the adult and young adult fantasy genres. She is both a best-selling author and an award-winning illustrator who lives in the Pacific Northwest, USA. Dianne loves a book that ignites the imagination, strengthens friendships, spurs courage, and applauds honor. Though she targets her stories for young adults, her books are enjoyed by all ages. 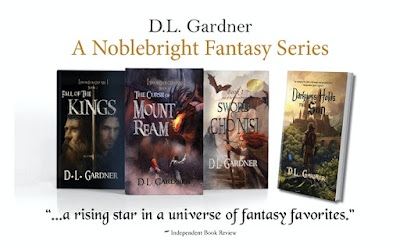