In lieu of a #fridayflash, here's a... strange #poem? #throwback 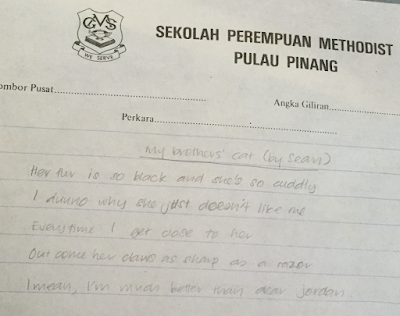 I was looking for a pastel yellow slightly-smaller-than-A5 MGS co-op notepad with Forever Friends printed on it, which contains notes I remember writing for a Christmas exhibition/thing I once wanted to do that sounds very like what is being proposed for this year's Christmas thing, but I found this instead.

At any rate, if I can't find that notepad, I will probably have to reconceptualise everything. Boo.