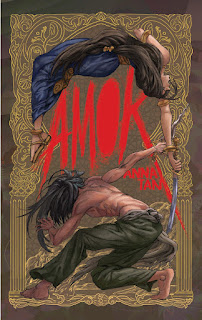 Amok is out!!!!!!!!!!!!!!!!! Which was variously called Berserker or The Weight of Strength on this blog, depending on which draft/version it was. But Amok is the final published title. It's currently available on most online retailers (in ebook & print), Black Dragon Books (UK/International Shipping), Teaspoon Publishing (Malaysia - now with GrabPay!), and Shopee (Malaysia). If you are Amazon-averse and based in the US, you should be able to request it at your local bookstore or library if they are supplied by IngramSpark or have Overdrive. :)

I was going to publish The Tale of the Hostage Prince (sometimes called The Weight of Secrets) this year as well until there were editing snafus, so that's tentatively coming out March 2022, with Absolution (previously pitched and griped about as The Weight of Sin) now slated for November 2022. I suppose I will get round to adding them on GoodReads sooner rather than later... or when I stop being a potato. 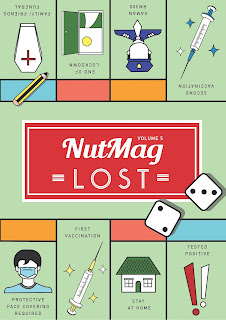 Here's this year's edition of our annual zine. My own story didn't get in because it was decidedly weird and not quite fitting the theme, but I was attempting something less pandemicy. Alas, everyone else was super pandemicy so it was hard to make it fit. Anyways, you can get NutMag 5: Lost on Shopee and on Google Play. 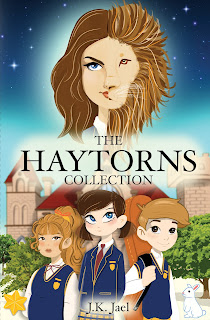 On not-my-writing (but stuff I worked on), my client is in The Malaysia Book of Records lol. Get her book here. 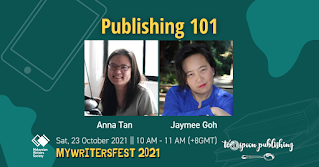 We made MYWritersFest2021 happen virtually! Jaymee and I did a thing! 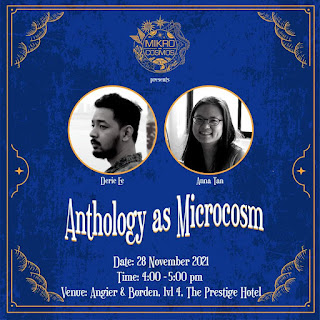 I was on a GTLF session with Deric Ee talking about anthologies! You should be able to watch the replay on their Facebook page.

I can't remember anything else. I suppose if you remember on my behalf, you can leave a comment. haha.

Here's my Year in Books. It's a drop from last year, but I was busy publishing a book and organising a festival and being very stressed.

I'm looking at my 5-star reviews for the year, but none of them jump out at me as strongly as they did in 2020. I guess I'd put these as my top 5, in no particular order:

I'll probably also give The Windward King by KT Ivanrest a mention because I just read it and I really loved it but I do not have the energy to write a review at this point in time so maybe I don't love it enough?? But it was a very, very good read!!!

Look at that weird bump. Which is yay, I suppose, even though I haven't been as consistent at posting this year. Unless they're bots. Maybe they're bots. Oh wait, the spike is June - July, which was when I did the Amok launch & blog tour, so maybe that makes sense. Or maybe not, because the actual days are off. And another spike in November, a few days after I posted Lay Heong's thing. idk.

I suddenly have an audience in Indonesia! Not sure why!

And my top 5 posts are mostly A to Z posts from 2014, except for my review of Toyols'R'Us, which you should totally read.


I cannot recall anything else of note that happened this year. So I'll sign off now at 18 minutes into 2022.