Whispers From The Depths by C.W. Briar
My rating: 4 of 5 stars

The Whisperers are trapped by their own powers. Although they have the power to speak to and control water spirits, they cannot use the same powers they wield to set themselves free—whatever harm they cause to others will be inflicted on themselves. When the tribute is late from Kysavar Castle, the king sends a team to find out what happened, and Betka, a palace Whisperer, gets herself sent there so she can find out what has happened to her sister. What she finds instead is horror—betrayal, mutiny, and a powerful water spirit gone rogue.

Opening with the dramatic fall of the Whisperer temple, the story jumps NINETY-TWO YEARS into the future, which was really annoying, because I wanted to know what happened to Eder. You do eventually find out what happened to him, but only in flashbacks, and some ingenious story weaving, but it was still… irritating.

That aside, Briar treats us to a story of contrasts: Betka, the bold, angry Whisperer, ready to rebel against the teaching of the order, vs Asi, the calm, timid Whisperer, who holds that by doing everything with love and according to the teachings of the order, they will be able to regain their freedom. Kuros and Vydan, almost-kind soldiers who do not hate the Whisperers, treating them as humans within the bounds of their orders vs Rorlen and Denogrid, hardened soldiers who bully and torture the Whisperers because of the powers they wield.

Whispers From the Depths holds no punches. It is dark and gritty, grim and full of death, and yet there is always this glimmer of hope, first held out by Asi—and then grasped by all the others—that love truly does conquer all.

I received a complimentary copy of this book from the publisher. Opinions expressed in this review are completely my own. 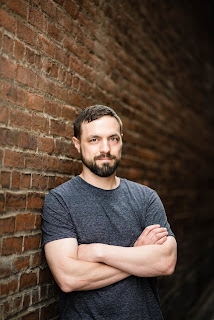