So I've been setting up a tour to celebrate the launch. Here's where you'll find Coexist over the next seven days:

I'll be updating these links as they go live, but for now, here's an excerpt!
(Also, check out the Rafflecopter below for prizes.)

Standing on the threshold, she looked back and forth between the growing storm behind her and the welcoming fire in front of her. The rain lashed harder, drenching her again. It almost felt as if the wind was trying to blow her into the house. She noticed with dismay a small puddle of water forming at her feet. Taking a deep breath, she stepped in and closed the door behind her.

Still, she stood with her hand on the doorknob, her eyes roving the quiet house, wondering if someone would emerge from the shadows. Minutes passed and Jane slowly relaxed her guard. The warmth of the cottage enveloped her and she soon found herself skirting the low table in the middle of the room and sinking down on the rugs that were piled up by the fireplace. She had almost fallen asleep when the door slammed.

“Who’s that?” Jane’s voice was shrill in her ears as she sat upright, clutching at the rugs.

There was the sound of scuffling before a deep voice answered, “Shouldn’t I be the one asking? This is my house, after all.”

Jane froze mid-turn, her gaze settling on the curtains. She could see faint movement from the edge of her eyes. Her imagination ran wild. She squeezed her eyes shut as she imagined him sneaking up on her, wondering if he would have a monstrous face, if his body would be twisted, if he would cook her first, or if he would eat her alive.

Jane tried to speak in measured tones, her heart still pounding. “Why... why not? Is there – is there something wrong with you?” He didn’t sound dangerous – in fact, he could be anybody from her village or the next. She relaxed her body as she turned back toward the fire, squinting her eyes to try to catch a glimpse of him. The fire was casting shadows in the wrong direction for her to see anything.

Jane kept her eyes on the fire, trying not to react to the noises behind her or the growing smell of wet dog. The queasy feeling returned.

“What are you?” she blurted.

There was a sudden silence. “What do you mean?”

Jane gathered up her courage. There wasn’t much to begin with, but she didn’t want to be eaten without ever seeing the creature. She took a deep breath and turned around.

She saw his face first and smiled. He was a good looking man, with soft brown curls framing a pleasant – but slightly worried – face. He was in the midst of rubbing himself down with a tattered towel, which he hurriedly swung to cover the lower part of his body. She stifled a scream as he backed away, his four feet scrabbling against the wooden floor.

“What are – are you a – a monster?” She couldn’t help staring as he slowly lowered the towel and held his hands open in front of him.

A tale of magic, fairy creatures and family, Coexist is a novella for the young and the young-at-heart.

Get Coexist on Amazon or Smashwords. Check out Book Depository or Createspace for paperbacks!

Are you an A to Z blogger? Send me a message on my facebook page or on Twitter with your blog name and number and I will send you a coupon to get Coexist on Smashwords for only $0.99! 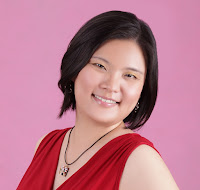 Anna Tan grew up in Malaysia, the country that is not Singapore. In 2015, she traded in a life of annoying other bean counters for one of annoying the online world with questions about life and death and everything in between. The answer is sometimes 42.

When she is not writing or nitpicking over other writers' copy, she can be found reading a book or attempting to organise her room.