#AtoZChallenge: Q for Quills and that pesky thing called anachronism

The problem with setting the Absolution series in a magical Nusantara with no exact corresponding real-world time period is that pesky thing called anachronism. I mean, obviously, it’s fantasy, and it’s not historical fiction, so I could really, really fudge a lot of details if I wanted to.

I think I did pretty well, and there’s nothing too noticeably advanced for the apparent time period/setting.

Except that in my original draft, I had Jeffett pass Yosua a pen. Because he had to write stuff. I mean, obviously, they had writing utensils, I just didn’t know what kind.

(During yesterday's write-in, I had someone in 1880s Indonesia pull out a glass jar, and then I went but wait, would glass jars be easily obtained at that time?? Because I know universities and stuff in the UK were already preserving specimens in glass jars, but a common woman in a tiny village in Indonesia?? Probably wouldn’t have that on hand. Unless magic. HMMM MAGIC)

So yeah, seeing that Yosua is Raja and all, I decided to give him a fancy quill and ink instead.

If you've read Amok, I have a huge favour to ask!

Amok is eligible for the Realm Makers Readers' Choice Award, so I'd be honoured if you could add in your nomination. 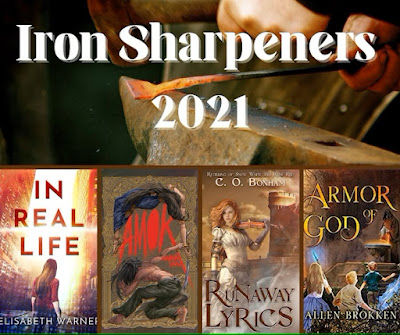 My critique group partner made a graphic of all the books in our group that are eligible this year! In case you were looking for other books to nominate. Nominations are due 23 April.