Red, for the blood of the martyrs, killed by those who were supposed to protect them. Red, for those who were slain standing for justice, speaking up for democracy, writing down the truth. Red, for the anger that courses through our blood for the years wasted, the years squandered to profit a few, when we could have advanced as a nation, progressed as a body, to the benefit of all.

White, for the innocence lost and desperately sought. White, because we need desperately to find those with the lost idealism of youth, who still believe that you can change the world for the better, even when we aren't really sure what "better" looks like. We only know it doesn't look like the here and now.

Yellow, for the royalty in us, as people of the land. Yellow, for the knowledge that we aren't just squatters in this country, but we are of it, we live it, we own this place in our hearts and in our bones, and even if we are not of royal blood, we live as those who would stand responsible for our village, for our city, for our state, for our country. And in that ownership, we are Princes and Princesses of our nation.

And they would kill me for that. 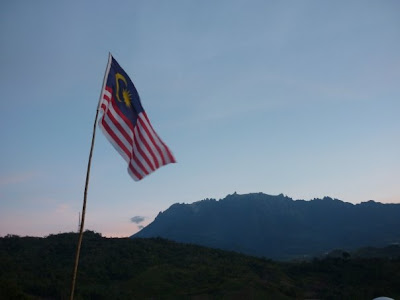 To all Malaysians, please exercise your vote wisely.