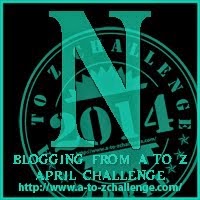 Jane stifled a scream when a hand landed on her shoulder.
“There – I’ve found you. The naiads were actually right,” Euthalia said. “You know how fluid they tend to be with places and times. I looked for you at the adlet’s house, but you’d left. The trees said that you’d gone to the river, so I returned, but the Ghillie Dhu had wandered off somewhere and the only ones who would tell me anything were the naiads. Some of these nymphs! Althea is such a bad influence on them; just because the Ghillie Dhu said I’d done the right thing, she’s gone and told all the nymphs not to speak to me anymore! Why, what’s the matter?”
“My father -” Jane looked back to where she’d last seen him, but they were long gone.
“He’s looking for you, I know. Your sister told me last night. That’s why I was looking for you. I’m sorry I took so long -”
“No - he was just there when you startled me.”
Euthalia looked to where Jane was pointing and shrugged. “Well, let’s follow after him then. Didn’t he see you?”
“Hold on. Before we go anywhere with you, who are you?” Ataneq asked. “How do you know so much about Jane?”
Euthalia introduced herself and told them briefly about her meeting with Mary the night before and then listened as Jane described what she had just seen.
“Come on then - we don’t want to lose him. I’d rather get you out first, of course, but it sounds like he’s in trouble.”
The three of them set off in the general direction the imps were headed in. They soon found themselves back at the stream. Jane watched warily for the kelpie to appear. Instead a translucent girl stepped out of the waters and stared at them. Jane shied away.
“Is she dangerous?” the girl asked Euthalia.
Euthalia shrugged. “Are you?”
“Is she a naiad?” Jane whispered to Ataneq. He nodded.
“She’s really pretty.”
“Come on, stop whispering. They’re headed this way,” Euthalia called as she ran ahead of them. Jane and Ataneq sprinted to catch up.

The imps stopped, backing into a circle, with Darrick in the middle.
“Have you found your senses, elf-man?”
Darrick nodded, his eyes clear again.
“Good. We need all the help we can get.” The imps released him and he sat up, rubbing his head. Silently, he surveyed the naiads that streamed out of the water to surround them.
“What do they want?” he asked.
“We don’t know.”
“Why do you come here?” they seemed to speak with one voice, a low dulcet sound. “Why do you carry the wrath of the Queen to our fair banks? Why do you come here, hated of all? Who gave you permission to enter our land?”
The women circled them, drawing nearer and nearer.
Darrick swallowed hard. “What do we do?”
The imps chattered amongst themselves, a cacophony of sound that rose higher and shriller.
“Stop!” A voice rang out amidst the noise. As one, the naiads turn to face the newcomer.
“Leave him alone,” Euthalia cried. “Back, back to your waters, my friends. Keep your hands pure and clean.”
Hesitantly the naiads moved as Euthalia urged them.
“Why should we listen to you?” one asked as she returned to the stream. “The Queen is angry. She comes! She comes.” With that final cry, the naiads disappeared into the stream.
In the tense silence, they could hear a heavy thumping in the distance. A sob escaped Jane’s throat as she ran to her father. Darrick held her in a tight embrace.
“We are off now! Our mission is over! The Witch’s daughter has been found. Goodbye!” The imps scurried off in a rush, leaving Darrick bewildered. The dryad stood staring worriedly into the distance.
“What’s going on, Euthalia?” Darrick asked.
“I don’t know, but I don’t like it,” she replied.
The thumps grew steadily nearer.


In Greek mythology, the Naiads (Ancient Greek: Ναϊάδες) were a type of nymph (female spirit) who presided over fountains, wells, springs, streams, brooks and other bodies of fresh water.