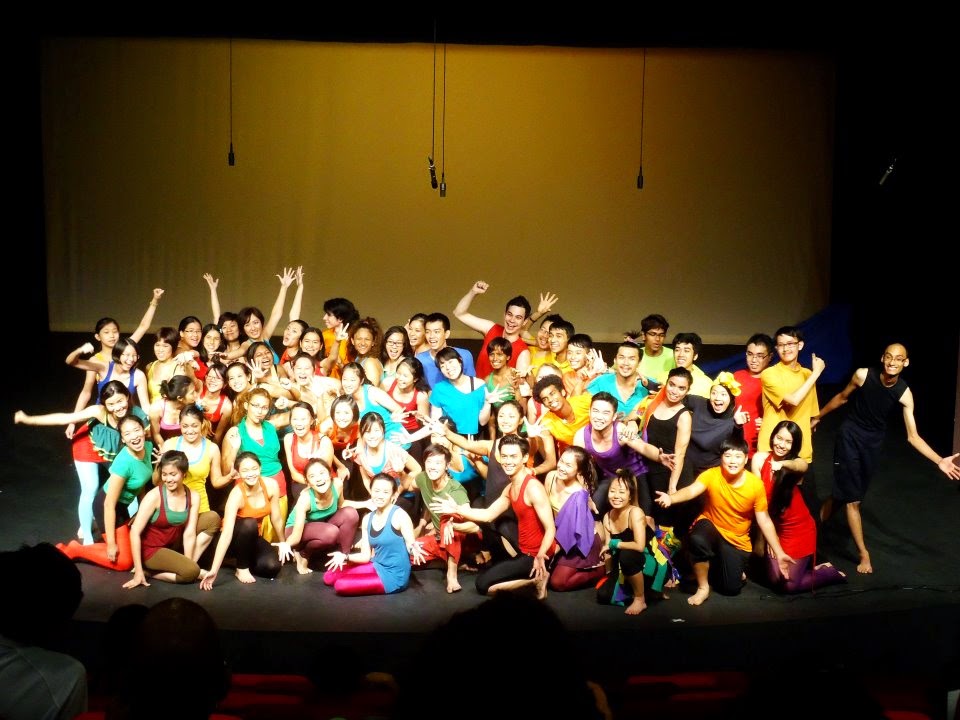 There's just something about being on stage.
About portraying someone you're not.
About putting yourself in someone else's shoes, feeling what they feel, saying what they would say.
About understanding.
And being bigger than yourself. 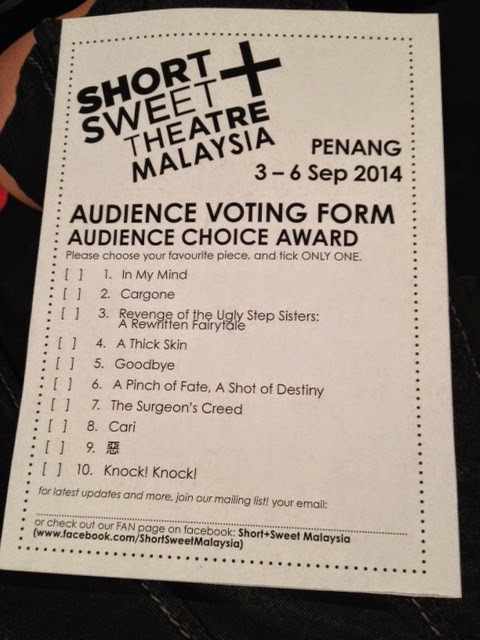 I just (an hour ago) came back from watching Short +Sweet Theatre Penang, so I'm updating this post with a mini review. (More info and photos on their blog here.)

This year's short + sweet felt extremely lacklustre. Less than half of the plays had a solid storyline, and most of the acting felt rather meh.