An interview with @davidlitwack, author of Along the Watchtower and There Comes a Prophet

Please enjoy this interview with David Litwack, author of the gripping contemporary novel, Along the Watchtower, and the deep, dark dystopia, There Comes a Prophet. Then read on to learn how you can win huge prizes as part of this blog tour, including a Kindle Fire, $650 in Amazon gift cards, and 5 autographed copies of each book. 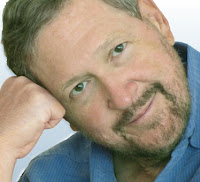 There Comes a Prophet
A thousand years ago the Darkness came—a time of violence and social collapse. Nathaniel has grown up in their world of limits, longing for something more. For what are we without dreams? Get it on Amazon, Barnes & Noble, or iTunes.

David Litwack, the once and future writer, explores the blurry line between reality and the fantastic. Visit David on his website, Twitter, Facebook, or GoodReads.
a Rafflecopter giveaway
Posted by Anna Tan at 9:00 am