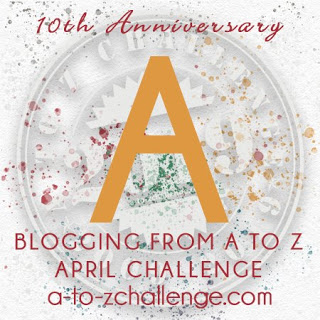 All the Mahan palace servants were agog with the news. King Simson was going to marry Queen Layla. The bridge across the channel was going to be rebuilt, trade reestablished between Maha and Bayangan… Yosua would finally be able to see Bayangan after hearing his parents reminisce about their homeland all his life.

“It’s not going to happen,” Garett, his father, said with a grunt, not bothering to look up from where he bent over the washboard and the large, steaming tub. “He has to get the approval of the Temple, and the High Priest in Suci will fight this every step of the way.”

“But Pa, he’s already got the Council of Seven to agree,” Yosua protested.

“Think, Yosua. Who’s got more authority? The Temple or the Council?”

“I thought you wanted to go home.”

Garett stopped scrubbing and gave him a searing look. Yosua shut up, sucking on his lower lip to keep himself from saying something he would regret later.

“What are you doing here anyway?” Garett asked as he resumed his work.

“It’s done, Pa.” He kicked at the basket by his feet. “His Highness is busy at training, so it’s not like he’s going to miss me.”

Yosua leaned back against the nearby wall and watched his father. As much as Garett said it was random, Yosua knew it was punishment. Yosua had long since realised that his father was assigned the worst jobs every time there was unrest amongst the captives from Bayangan. This latest reshuffling was to humiliate him and to quieten them, to warn them about being too uppity now that the new queen of their home country was visiting.

“It’s not as if they’ll allow me to go,” Garett said so softly that Yosua almost missed it. “You might, though.”

“If they have the wedding in Bayangan and Prince Mikal goes, you’ll be brought along.”

“King Simson will bring you too.”

Garett snorted. “He won’t. He’ll make sure I’m kept here, in chains if necessary, to keep everyone else in line.”

“Whatever this treaty is, it’s only for trade. The marriage will be turned into an advantage for Maha alone, not even the rest of Terang. Do you think Bayangan has the power to do anything? The fact that the Queen herself is here, proposing a marriage alliance proves they don’t have enough resources to survive on, Yosua. I cannot think of any other reason why the pride of Bayangan herself would stoop to this.”

“What if—” Yosua froze as the temple bells tolled. He set off at a run.

Yosua was still out of breath when the prince entered his rooms.

Prince Mikal frowned at the still-filling bathtub. “What’s got you so excited that you’re late?”

“I… the royal wedding, Master.”

Yosua stammered, “Between your father and the Bayangan Queen?”

The young servant boy had never seen his master turn as white and flustered as he did then, not agog but aghast at the news.


I went with Agog because... I dunno. It sounded fun. haha :)
It's also a plausible scene that may fit somewhere in my WIP, though the timeline may be a little off. By the time this alliance is proposed, several secrets should have been revealed, which don't seem to be evident here. I'll have to think about that.

If you have more prompts for the rest of the month, drop them here.
Posted by Anna Tan at 10:51 pm