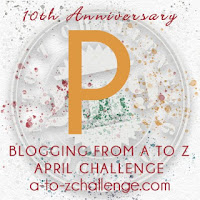 Percy the Porcupine was a prickly little thing. He’d been prickly, even as a little child.

“Don’t mind Percy,” his mother would say every time he was in a bad mood. “He was born with hardened quills.”

Which wasn’t even remotely true. Baby porcupines were born with soft spines which hardened within a few hours, but Percy’s had taken almost a day to harden. His mother had despaired for him, though she only told him this in private. It was the first indication that he wasn’t exactly normal.

You see, Percy was an Old World porcupine, which meant that he was large, terrestrial and nocturnal. Or supposed to be. Instead, he was the smallest in his burrow system. Even his younger brothers and sisters had outgrown him. To make it worse, he was the only one in his litter, so it wasn’t as if he had to share any resources with a twin. He was just… small. Which made him even pricklier. And when he was feeling prickly, he’d stay up all day and sleep all night to avoid his siblings, which added to his prickliness because then he’d also be tired all the time.

“Look, Percy, you can’t always be in a bad mood,” his older sister Pam said one night. “You’ve got to just chill out, relax your spines, don’t bristle so much.”

“Well, you guys can stop teasing me then,” he retorted.

“We’re not teasing you! When have we teased you?” She looked around at her siblings for help.

Pam shrugged her shoulders. “It’s a fact—humans in Southeast Asia and Kenya eat us! And you’re so slow you’ll be the first one they catch.”

“And the day before, you bopped me on my snout.” He glared at Patsy, Pam’s twin.

Patsy giggled as she said, “It’s a very cute snout, you know. All wiggly and tiny, like you.”

“And you called me fat!” Percy was quivering now, teeth clattering and his quills erect. It made him look larger, but also as Pam had pointed out, a little fat. Right now, he was so stressed that he was also starting to emit a rather putrid odour.

“Phew, what’s that?” his brother Patrick said as he entered the room. “Have you been stinking again, Percy?”

“I hate all of you!” Percy cried as he stormed out of the burrow.

Percy ran and ran for a long time. He finally stopped when he reached the river. Fat drops of tears rolled down his snout as he looked at his reflection in the water. What was wrong with him? Why was he tiny and slow and stupid?

It wasn’t long before his mother caught up with him.

“You really shouldn’t let them get to you,” Mama Porcupine said as she gingerly put her arms around him. His black and white quills slowly started to deflate as he calmed down, and she brushed them down soothingly from head to tail.

“They’re mean. I want to poison all of them,” Percy replied. His breath slowed and his teeth stopped clattering.

“They don’t mean any harm. Besides, they’re just as prickly as you. If they weren’t, they wouldn’t be teasing you so much.”

“But they’re all better porcupines than me. I’m useless.”

“Look, Percy, I think you’re a very fine Porcupine, no matter what anyone else says. And one day, you’ll prove yourself to them. Don’t let them get you down!”

Percy the Porcupine was a prickly little thing, but so were all his siblings.

I don't actually know where I was going with this but eh.

This year's A to Z is flash fiction based on words provided by the community... which is you! Explanatory stuff HERE, Google sheet link HERE.
Posted by Anna Tan at 6:55 pm