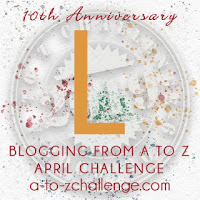 On that day the Lord will punish
With his cruel sword, his mighty and powerful sword,
Leviathan that twisting sea-serpent,
That writhing serpent Leviathan,
And slay the monster of the deep.
Isaiah 27:1 (The New English Bible, 1970, Oxford/Cambridge)

It was said in times past that the Leviathan was the monster that haunted the depths of the sea. He was reputed to be a great sea-serpent with thick, shining coils that wrapped around hapless ships, dragging innocent men to their watery graves. Not that sailors were particularly innocent or even always male.

Larry the Sea-Serpent hated that description. It often made him lugubrious at odd times of the day when he remembered it.

“But why do they hate me so?” he grumbled to his friend, Lorna the Whale. She too had been called the Leviathan many a time, especially when Melville’s book Moby-Dick was popular. Nobody read Moby-Dick now, so she was spared the pain.

“Oh, they don’t hate you, Larry,” Lorna said. “They just hate what you represent.”

“I don’t represent anything,” he said grumpily. “I am a sea-serpent. I eat… what do I eat? Seaweed. That’s right. Seaweed.”

Leny the Kraken snorted. “Seaweed? You? I’ve never seen anything greenish brown pass those lips of yours, you liar.” Leny too had once been associated with the Leviathan, though he found it more ludicrous than anything.

“No no no, but they always say specifically like sea-serpent, as if I were the one solely responsible for all the wreckage at sea. No! Do you know how many dangerous creatures lurk in the ocean? Like you, Lorna! And you, Leny! And the Octopuses, and Sharks. But nooooooo it’s always sea-serpents. As if we’re the only things that wreck ships and eat people!”

“Weeeellllll, I don’t eat people,” Lorna said. “They can’t fit in my mouth.”

“But what about storms! Storms wreck ships more than I do!” Larry wailed.

Lorna cleared her throat. “And who’s always attracted by storms? Who goes to watch humans drown in the storm?”

“You’re not doing yourself any favours here, Larry,” Leny said. “If you’ll just stop going ship-wreck watching, maybe they’ll stop thinking of you as the Leviathan?”

The sea-serpent’s face twisted downwards, making him look more lugubrious than his friends had ever seen.

“Oh come on, Larry. Not watching humans die isn’t the end of the world,” Lorna tried to cheer him up.

“I suppose,” he replied.

No matter what was said in times past, there are still monsters that haunt the deep places of the ocean. Just don’t tell Larry that you think they’re all him.

Well. Leviathan was fun. :) Also with lugubrious and a mention of ludicrous.

My word target is 500 words per flash fiction piece, which I'm failing miserably at. At any rate, I'm now at 4.3K for Camp NaNoWriMo so some of the later pieces will have to be longer to make up my target of 10K for the month.

NOTE! I'm going to be pre-writing a bunch of posts tomorrow as I'll be away for Eastercon next weekend. If you have words to add, now's a good time to get them in. =)
Posted by Anna Tan at 8:08 pm