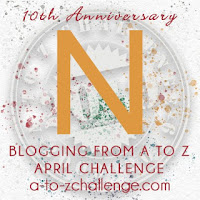 I remember him as a child, with large brown eyes that stared up at you doe-like and innocent. Soft, dark curls framed his face; his mother let it grow long, down to his shoulders, because she couldn’t bear to cut it short, couldn’t bear to mar his beauty. His mouth was a little rosebud, sometimes stretched in a mischievous grin, but most often pursed in thought or astonishment.

He was a beautiful boy, is a beautiful man, the years kinder to him than they have been to me. With the loss of his baby fat, his face is sharp, almost haunting, his deep-set eyes shadowed, hooded. They still glint with mischief. He’d always been brown and ruddy, but his skin now is a fine tan, a rich, smooth chocolate like the Cadbury bars he’d often pester his mother for as a child of six. He doesn’t eat milk chocolate anymore, preferring the bitterness of 60% cocoa that mirrors the darkness of life.

He brings me daffodils, white and gold narcissus, as I used to call him.

“Have you found anyone to love yet?”

“No. Should I?” A dark eyebrow quirks upwards. His voice, broken and weighed down by years and puberty, is dulcet and low.

“Has anyone loved you then?”

He shrugs. “Everyone loves me.”

“Both. Everyone. Neanderthals, all of them.”

“You’ll die alone then, just as I will.”

My Narcissus laughs. “You? Alone? No, I’ll be here with you as I once promised.”

“You flatter an old man.”

“A fact I regret every single day. Your mother turns in her grave.”

It’s a flippancy I cannot let lie. “She was still your mother.”

“I’ve always been more your son than hers.”

That I cannot deny so I don’t respond.

“You’d bring her roses and I’d be jealous,” he says abruptly, turning away to look out the window.

There isn’t much to see out there. The home I’m in keeps the grass short but doesn’t bother with flowerbeds. Apparently, men—as most of us here are—aren’t supposed to want, need, or like flowers. I’ve always been a flower man. I miss them, and the secrets they hold.

“You never bought me roses.”

“Our love wasn’t romantic. It would have been a travesty.” She wouldn’t have forgiven me, and who buys roses for a teenage boy anyway?

“But you were my Narcissus. And I bought you your name flower every occasion I could.”

He turns back to me, leaning backwards, hands gripping the window sill. “I deserved more.”

“I gave you everything I could.”

“Because you are full of yourself too, aren’t you?”

Too mocking, too bitter. This world is too dark when self-love becomes a twisted dagger. I shrug because what he says is true, because I have no answer for him, the child of my loins that is too like me to truly love me, to truly love anyone other than himself.

The daffodils on my mantelpiece fade with time and grow brown and dry with age. I don’t throw them away even when their scent fades. In my dreams, Narcissus comes to me with hard, burning eyes and soft, dark curls, his mouth a pink rosebud sneer. In his right hand, he holds the narcissus, with his left he offers me petunias.

I never see him again.

Mostly narcissus, a little bit of nostalgia and a mention of Neanderthals. Make of it what you will.