Kudus is the name that I gave to the God of Terang.

I’d initially just called him “God” all the way through, but as I was editing Amok, I felt like He needed a name. (I mean, I did just say names were important, ha). So I was like, God has many names in the Bible, I might as well just pick one from there.

So Kudus came from Roh Kudus, which is basically the Holy Spirit (or Holy Ghost in some translations). Apparently, this word came over from the Arabic Quddus.

It’s a synonym for Suci (which is one of the city-states of Terang) and it means holy.

All three books in the Absolution series struggle with some form of faith—so Kudus is really a central figure in each one! In the Tale of the Hostage Prince, Yosua is struggling with how to reconcile his upbringing in Maha—where belief and following Kudus gives them magical gifts—and his current life in Bayangan, where the practice of faith has been outlawed.

Although I’m coming at this from my own Christian background, it’s really for anyone who has wrestled with faith in any form, or with the pressures to conform to some sort of religious upbringing whether or not they truly believe.

It’s a touchy topic to bring up. This anti-faith law was the last law Aunt Layla enacted before her death. Bayangan has always been staunchly atheistic, one of the main reasons for the continuing friction between Bayangan and Terang. That, and Bayangan’s hatred and distrust of magic. But the practice of faith had not been outlawed until then. It was a last push, the last move of Aunt Layla’s war strategy to justify the attack on the holy city of Suci in Terang.

Well, her war failed, she died, and I’m now the Raja of Bayangan, a Raja that is blatantly committing a crime in his own land by being a follower of Kudus. If anyone were to take it into their hands to enforce it, I’d be deposed and then beheaded—or more likely enslaved—within a day. No need for prolonged trials.

“Are you sure you want to do this?” Uncle Jeffett wraps his hands around his mug, as if warming them in the heat emanating from the spiced tea.

I sigh. “Uncle, you know my stance.” It’s not like I don’t understand why this is creating such a huge backlash. With all the upheaval in the past few years, no one really knows what it means to be Bayangan any longer. This newest law has become one final thing holding the fragile Bayangan identity together.

I hope you discover who you—Hah. I push the thought aside.

“But you will not make it an official religion?” Uncle Jeffett stares at me intently. “You will not force others to convert to your faith?”

“No, my faith is mine alone. If they wish to follow Kudus, it is their choice and I will not stop them, but neither will I make them practice what they do not believe in. It isn’t faith if it’s coerced.”

He looks away for a moment, as if deciding something. “I will see what I can do.” 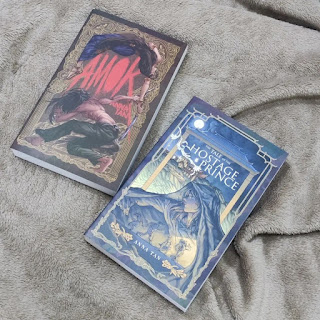